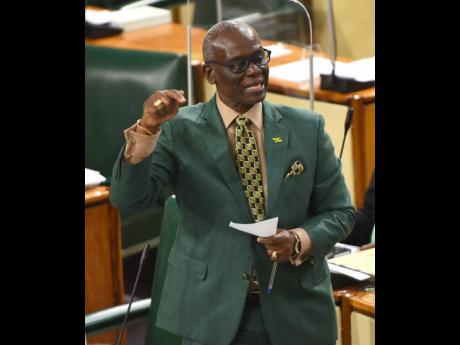 Local government elections have been postponed for a further 12 months, to be held no later than February 2023.

This follows approval of The Representation of the People (Postponement of Elections to Municipal Corporations and City Municipalities) Act, 2022 in the House of Representatives on January 25. The bill was passed with one amendment.

Minister of Local Government and Rural Development, Desmond McKenzie, who piloted the Bill, said that given the ongoing coronavirus (COVID-19) and the fourth wave of the pandemic, the holding of an election at this time would put the country at greater public-health risk.

He noted that the fact that public schools would have to be used as polling and counting centres and the desire not to disrupt face-to-face engagement also factored into the decision to postpone the elections.

“As the Minister responsible for local government, I wish to assure the House and the country that we are still committed to having the next local government elections in the shortest practicable time. The commitment of this administration to the local-government system is well-known. It is a critical part of national life, and it will remain unthreatened. Despite the fact that we are seeking to postpone for an additional year, it does not jeopardise the existence of local government in this country,” he said.

The Minister also called for increased observance of the public health protocols, and greater take-up of the range of vaccines that are available “so that we can get back to life in the way that we ought to, and we can have elections that are going to be free from any concerns of any virus, et cetera”.

This was due to the public-health emergency posed by COVID-19, as well as the need for recovery from the extensive rains experienced in that year.

The amendment act created a special extension period for the holding of local government elections to a date no later than February 27, 2022.