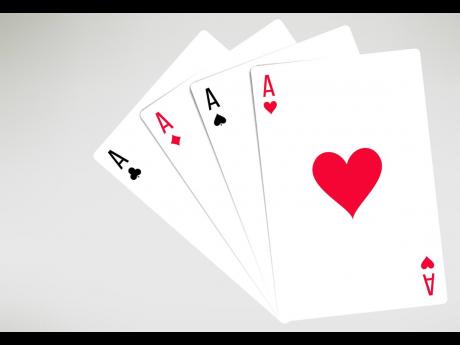 A Corporate Area mother of seven, who confessed to leaving her children unattended for hours while she went out to gamble, was yesterday given a two-year suspended sentence when she appeared in the Kingston and St Andrew Parish Court.

The 38-year-old pleaded guilty to two counts of child neglect and was to be sentenced when the social enquiry report, which was previously requested, was given to Senior Parish Judge Lori-Ann Cole-Montague. The report outlined that the woman, who is now pregnant and currently unemployed, would often leave her children to go gambling in Cross Roads. She told the court that the last time she gambled, which was on New Year's Eve, she won $160,000.

The woman was brought before the court after one of her daughters was arrested following a raid by the security forces in sections of west Kingston. The minor disclosed to investigators that she had started a relationship with one of the accused men being sought by the cops, as her mother [the defendant] was not financing her. That prompted an investigation and the woman was subsequently arrested and charged. Cole-Montague told the woman that while she is aware of the harsh economic crises that most families are exposed to, her actions were unwise.

"You have to be wise, you don't want to leave your children because when you are away anything can happen. In a community like where you live, you know wul heap a man a wait pon dem. You don't know that? You don't know that men prey on little girls?" Cole-Montague asked.

"Yes, Your Honour, but listen. In my community, you haffi leave yourself careless fi certain things happen yere? Dem nah go just see a young girl and molest dem, if the likkle young girl nuh up to it," the mother replied.

The judge then highlighted a problem in societal thinking, where one believes that young girls, ages 16 and older, are at an age to consent. But the judge disagreed.

"That is why as a mother of [the child's age], you have to try your best to be present. You cannot just say 'a di pickney dem bad' or 'she a tek man'. No, because she is not old enough to consent," the senior judge said.

The mother was then sentenced to nine months' imprisonment at hard labour suspended for two years with supervision on each count of child neglect.