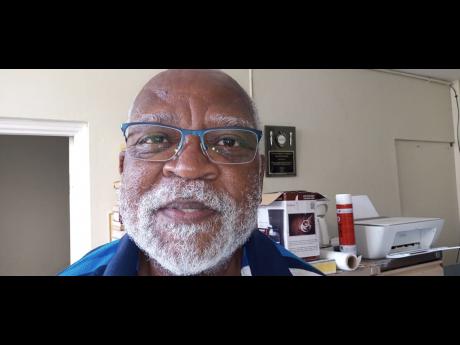 (Contributed photo)
Clyde Taylor, a 65-year-old missing hotel manager from Runaway Bay in St Ann, has been reported missing from his home since Saturday.
Taylor is the brother of Jamaica Hotel and Tourist Association (JHTA) Chairman, and St Ann Chamber of Commerce president, Vana Taylor.
They both work at a family company that manages several tourism-related properties in St Ann.
“He was last seen leaving his house dressed, as he was going out around nine o’clock. He was later spotted in St Ann’s Bay shortly after and then much later he was in Ocho Rios,” one of his siblings, Clover Taylor-Johnston told reporters on Tuesday.
Calls to Taylor’s phone up to Tuesday morning went straight to voicemail. His 2013 gray Nissan Note, which he left home in, has not been located.
“What was the red flag was, he had a catering to do, and he had all the information on his phone. The plan was for him to come and take the clients to the place in St Ann’s Bay to do the cooking there, and when they didn’t see him come, they kept calling and calling,” Taylor-Johnston said.
She further added, “By 10 o’clock we said, no this is unusual. So by one o’clock, two o’clock (Sunday morning) we said no this needs to be reported to the police because that is totally out of character.”
A report was made to the police and an investigation was launched.
“We have been in touch with his siblings and we continue to press on it to see how best we can locate him,” said Senior Superintendent Dwight Powell, commandant for St Ann.
Anyone with information on the whereabouts of Clyde Taylor should call the Runaway Bay police at 973-7057 or 119.
We want to hear from you! Email us at star@gleanerjm.com and follow @thejamaicastar on Instagram and on Twitter @JamaicaStar and on Facebook: @TheJamaicaStar.