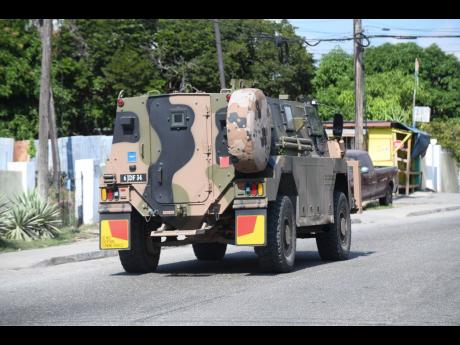 A soldier is now facing expulsion from the Jamaica Defence Force (JDF) after he allegedly used an M-16 rifle to assault one of his superiors last week.

THE STAR understands that the soldier attacked his superior with the weapon moments after he was informed of an extension to his work hours. The injured soldier has reportedly suffered a dislocation in one of his shoulders as a result of the attack.

Well-placed security sources said that the soldier was tried before a competent army body on Monday. If found guilty, he will be discharged.

Contacted for a comment on the matter, the JDF's civil military corporations officer, Lieutenant Nathan Curtis, denied knowledge of the incident.

"We have not received any report of the incident mentioned. However, the Defence Act provides for the maintenance of discipline and good order; physical assault is an offence covered under the act," Curtis said.