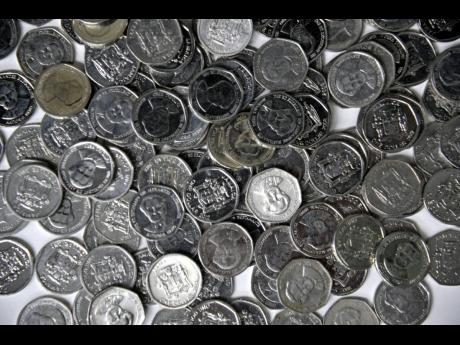 Two fishermen who were caught fishing illegally last month were yesterday ordered to pay $4 in the Kingston and St Andrew Parish Court.

Paul Saunders and John Fang pleaded guilty to fishing in the fairway, which is illegal under the Harbour Rules of 1971. It was reported that on March 18 at 7:30 a.m., police attached to the Marine Division were on patrol in the Port Royal area when they observed a red, white and blue 28-foot fiberglass fishing canoe, with Saunders and Fang aboard. The men were reportedly casting their nets in the vicinity of the cruise ship pier. They were separately cautioned for the offence and it is reported that Saunders allegedly said: "Offica, a gweh yuh fi gweh and stop tek set pon fisherman and go look fi gunman." Fang allegedly pleaded: "Offica, beg yuh a chance and me give yuh some fish."

Senior Parish Judge Lori-Ann Cole-Montaque gave the men the maximum fine under Section 14 (B) of the Harbour Rules (1971) and section (7) 2 of paragraph A of the Harbours Act (1874).

"The act is a very old, old act. You are fined $4 or five-days' imprisonment. You can probably leave a change with the Government," the senior judge joked.

Before sentencing, Saunders, the captain of the vessel, indicated that recently he has been in dialogue with the National Planning and Environment Agency (NEPA), the coast guard and the Caribbean Maritime Institute to have the laws changed, but to date, nothing has borne fruit from the discussions.

"The fairway, the channel and the reef, we caah fish there. Where fisherman going fish den? The same place weh dem call the fairway is my fishing ground and me a fish there from 1974, from me a eight-year-old and the grounds don't change," he challenged the judge. Cole-Montaque advised him to take the matter up with Parliament.

"But just because you have been doing something for a long time without being caught does not make it less criminal. I understand your frustration you know. Let me tell you what is wrong with this country, we don't put our representatives to work," she said. "We don't, for example, organise ourselves to say 'Alright, we are a group of fishermen who are disgruntled, let we form an organisation, let us form a body and let us lobby and we can lobby with the MP out there so as a body we approach NEPA and try to have our voice heard.'"