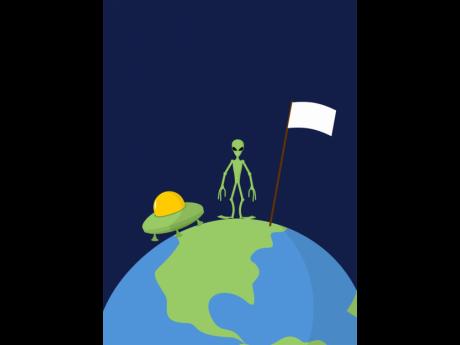 NASA's former Chief Scientist, Jim Green, is convinced that extraterrestrial life exists and thinks it is only a matter of time before aliens will be found by the human race.

"I think we are going to see some really astounding discoveries in the next handful of years," Green said.

"We are making enormous progress. Now, we know there are more planets in our galaxy than there are stars.

"And many of them are in places much like the Earth, where we can receive the light from the sun and we can have water. These are important conditions, we believe, for life.

"We are finding planets that have conditions where life may arise."

Becoming vegan is one of the best ways to lose weight

Experts have revealed that people who stuck to a plant-based diet lost about 17 pounds, compared to those who take a regular approach to eating.

Researchers say vegan diets contain less fat and more fibre, while the findings are consistent with previous studies carried out with vegetarians.

Nutritionist Dr Ian Johnson, from the Quadram Institute in Norwich, said: "They tend to have a lower BMI and a reduced risk of metabolic diseases, compared with control subjects consuming omnivorous diets; and the differences are greatest for vegetarians who minimise their intake of animal products.

Anne-Ditte Termannsen, of the Steno Diabetes Centre in Copenhagen, added: "Adhering to a vegan diet for at least 12 weeks may result in clinically meaningful weight loss and improve blood sugar levels."

Parents are passing on their smartphone addiction to their kids. Researchers claim that adults are guilty of 'phubbing' -- ignoring somebody in favour of their phone -- and damaging their relationship with their children as a result.

When parents were unable to put down the devices, phone addiction was also shown to be much higher in teenagers.

The study, conducted by a public health team at China's Lanzhou and Shenzhen universities, tracked smartphone use among almost 10,000 teenagers and found a clear correlation between them and their parents.

Dr Yanni Wang, writing in the Journal of Affective Disorders, said: " Adolescents had a higher tendency towards addiction when their parents excessively used smartphones.

Scientists could have discovered the path to Atlantis in a remarkable underwater find.

An expedition to a deep-sea ridge north of the Hawaiian islands revealed something that had an eerie similarity to a yellow brick road.

The crew of the exploration vessel Nautilus discovered the rock formation with a remotely operated vehicle that was used to study the Lili'uokalani Ridge Seamounts in Hawaii.

They documented their discovery live, which saw them stumble across the formation of what resembles a man-made yellow brick road.

However, the crew did have a logical explanation for the discovery, as a YouTube video described what the formation actually was.

The description read: "At the summit of Nootka Seamount, the team spotted a 'dried lake bed' formation, now IDed as a fractured flow of hyaloclastite rock (a volcanic rock formed in high-energy eruptions, where many rock fragments settle to the seabed)."