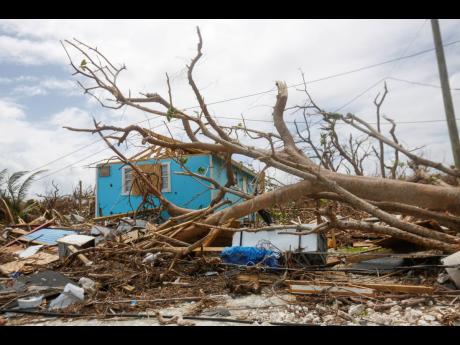 Researchers from Bucknell University in Pennsylvania, USA, claim that women in heels are seen as more sexually attractive, physically attractive, feminine and of a higher status.

In the study, a group of 448 participants were shown a silhouette of a woman either with or without high heels before rating them on a series of questions.

The findings revealed that the silhouette of the woman wearing heels was rated as significantly more attractive by both male and female participants.

The team, led by Professor T Joel Wade, wrote in their study: "While women's fashion constantly evolves, this research aligns well with previous research that men perceive women in high heels as more attractive than those in flat shoes."

However, the experts claim that high heels do not objectify a woman.

They said: "Sexualised women are perceived to be less mentally capable, less competent and less deserving of moral status.

"These decreases were not found in the current study, which leads us to conclude that high heels are not sexualised as compared to other forms of sexy or revealing clothing."

Donald Trump feared that China could aim hurricanes at the United States.

The former president was terrified that the Chinese had the technology to target the US and is said to have regularly quizzed security chiefs about it during his time in office.

Trump even asked if the hurricanes could be considered an act of war and whether America could retaliate.

Staff at the White House jokingly nicknamed the device "the hurricane gun thing".

One adviser said: "It was almost too stupid for words. I did not get the sense he was joking at all."

Trump even reportedly asked staff about "nuking" hurricanes to stop them from hitting the United States, although he later denied the claims.

An aide recalled him saying: "I got it. I got it. Why don't we nuke them?

"They start forming off the coast of Africa, as they're moving across the Atlantic, we drop a bomb inside the eye of the hurricane and it disrupts it. Why can't we do that?"

Students at Oxford University are being invited to stroke llamas to ease exam stress. The academics are allowed to pet the animals, feed them and take pictures with them.

Exeter College -- whose famous alumni include J.R.R. Tolkien and Richard Burton -- is known to have had visits from the llamas while Bodleian Library has been using the promise of a visit to encourage students to complete surveys.

An Oxford source told The Sun newspaper: "They never had anything like this in my day. We just had to get our heads down and get on with it. I always thought that was the whole point of Oxford - you're learning to deal with the pressure.

"It's not very representative of the real world. You're not going to get many jobs where bosses call in the alpacas when the pressure is on."

Barbeque helpline set up for Brits

Cheeky Australians have launched a helpline to help struggling Brits with the barbeque. Up to 70 per cent of Brits admit that charred sausages and burnt burgers are often on the menu as they overcook.

At the other end of the scale, over a third have undercooked meat with 14 per cent admitting that they have given guests food poisoning from their BBQ blunders.

The study of 2,000 Brits has been commissioned by WesternAustralia.com, which has launched a new barbeque hotline to help Brits perfect their skills on the grill.

Brits will be able to book a one-to-one slot with celebrity chef and barbecue expert Tony Howell, who will be on hand from Perth to provide advice for burning BBQ questions.

Howell said: "Barbequing is all about fun and flavour. The smell of a delicious BBQ when the sun is out is pure bliss. So many people are guilty of cremating burgers, sausages, even veggies on the grill due to a lack of knowledge and confidence.

"With a bit of care, attention, and with a few notes from Down Under, we'll have you grilling like a pro in no time."