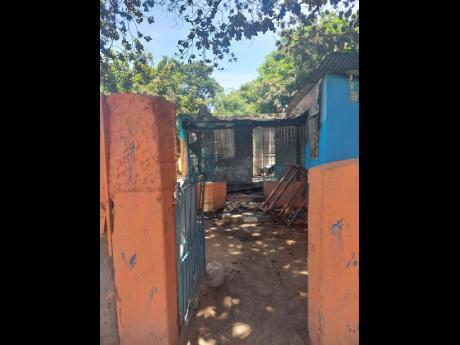 There are no reports of injuries.

Our news team understands that no one was home at the time of the fire.

It is reported that a neighbour saw smoke coming from the three-bedroom house and alerted the police.

Firefighters responded and conducted a cooling down operation.

Meanwhile, the police are maintaining a strong presence in the community.

It is reported that this morning's incident came after three consecutive nights of heavy gunfire in the area.

Warring factions in the area have been at odds.