Man hits child in face for scratching his car 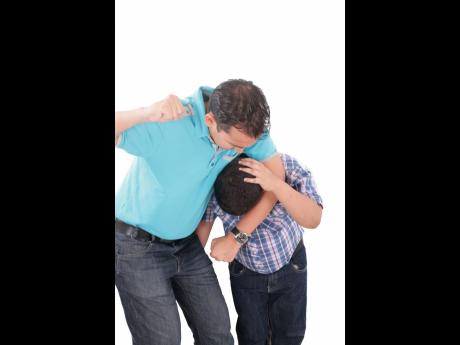 A Corporate Area man who hit a six-year-old child in his face for using sandpaper to scratch his vehicle was yesterday ordered to make compensation for the child's injuries.

It was revealed in the Kingston and St Andrew Parish Court that Dwayne Dyer slapped the child in his face on May 14, which caused bruising and swelling to his left cheek, according to the medical report. "I never box him. I slap him on his hand," Dyer told the court.

"Him scratch up my car. Him use sandpaper to scratch up my car. I go round there [where the child was at the time], because him always round me and I say '[child's name] what you doing?' And I saw him. I slapped him and I say '[child's name] don't do that' and him run to him madda," the defendant explained, before expressing regret for committing the act.

However, the judge was not pleased with his explanation and was angered by the fact that he slapped the child.

"Look at the child. How you supposed to hit him? This is not a child that is supposed to be left up. There are some children who, if something happens, they can report it and articulate it, [the child] is not that child," she said. Cole-Montaque then addressed the mother who was in court.

"So mother let me tell you why I am concerned and why I am taking the time now, because a child like him should not be left out for people to hit him. You have to exercise greater vigilance with a child like him," Cole-Montaque expressed.

The complainant's mother shared with the court that Dyer had paid her $10,000 outside of court, but after deliberation with the prosecutor, the parent indicated that she wanted an additional $30,000.

"You are going to pay some money for this damage," the senior judge instructed. Dyer is to return to court today with at least half the sum to begin compensation.