Region told to brace for wetter than normal seasonal rainfall 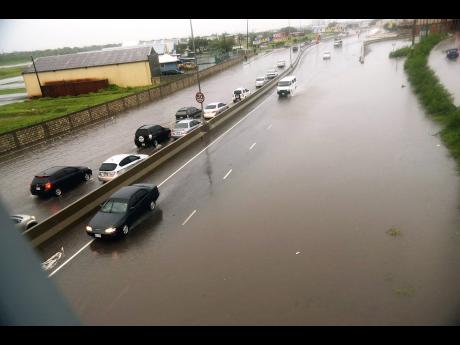 BRIDGETOWN, Barbados, CMC – The Barbados-based Caribbean Climate Outlook Forum Tuesday said that wetter than normal seasonal rainfall is expected from Jamaica across to Puerto Rico between June and August.

In its latest report, the entity warned that flash flood potential will remain high across Guyana.

“However, normal to drier than normal seasonal rainfall is expected elsewhere, but an increase in very wet and extreme spells is expected predominantly along the Lesser Antilles.

The agency said that incursions of Saharan dust should feature during the season as well as the potential formation of tropical cyclones.

It said as of May 1, moderate or worse shorter-term drought has developed in the northern Bahamas, western Cuba, and in St Vincent, while moderate longer-term drought has developed in Antigua, along the northern Bahamas, western Cuba, Dominica, southern coast of Hispaniola, Guadeloupe, eastern Jamaica, Martinique, St Croix, St Kitts, St Lucia, and St Vincent.

Short-term drought may possibly develop in Martinique, while there is no concern for long-term drought at this time until the end of November.

The agency said that a long-lasting weak La Nina will likely persist into late summer with slightly above normal sea surface temperatures across the Caribbean.

“An increase in Atlantic tropical storm frequency may also be consistent with the presence of La Nina. Warmer sea surface temperatures across the region should provide moderate seasonal forecast confidence.

“Rainfall patterns across the region are expected to be influenced by La Nina as well with a drier than normal signal along the northwest section and wetter than normal patterns setting up elsewhere. A peak in humid heat typically occurs during the first two months of the season and will coincide with the peak of the Atlantic hurricane season.”