Drain cleaning in corporate area to begin this month 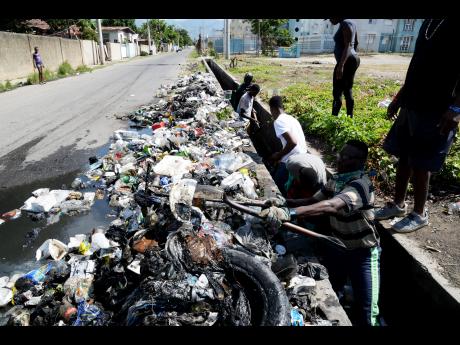 The Kingston and St. Andrew Municipal Corporation (KSAMC) is expected to begin the cleaning of drains in communities across the municipality before the end of the month.

The programme, which seeks to reduce flooding, forms part of the KSAMC’s annual preparedness activities for the Atlantic hurricane season, which runs from June 1 through to November 30.

Mayor Williams, who provided details during Tuesday’s (June 14) monthly meeting of the Corporation, downtown Kingston, said that the exercise will be undertaken in phases, with critical coastal drains to be given priority in the first instance.

The Mayor informed that the drain-cleaning exercise will continue throughout the hurricane season.  “We do constant review, especially of the critical coastal drains… throughout the season,” he pointed out.

Mayor Williams said that although the country has been spared from any major storm events in recent years, climate change and its associated impacts are already affecting small island States.

“We continue to be prepared as best as we can with the limited resources that we have for such an eventuality,” he said.