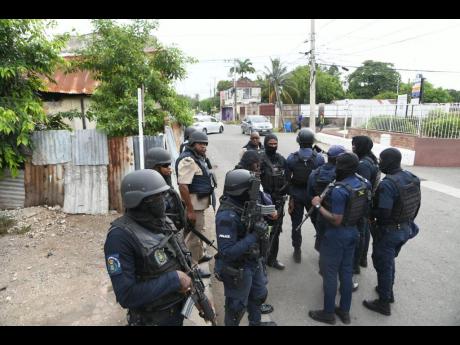 First, gunmen attacked a man along Cumberland Road in the old capital.

Two others were injured in the shooting.

All three were taken to hospital where the man died.

Subsequently, gunmen travelled to Job Lane where a 19-year-old man was shot.

He was later rushed to hospital.

Fearful residents in several communities have mounted roadblocks to keep out criminals.

Fire fighters and members of the security forces have been deployed to clear the blockages.

Meanwhile, a gunman was shot and killed by a policeman at a car wash in Spanish Town this afternoon.

The shooting happened at the intersection of William and French streets.