Jamaica Festival Song back on - Grange 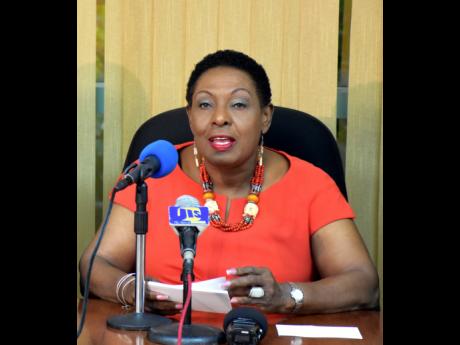 Minister of Culture, Gender, Entertainment and Sport, Olivia Grange, has announced that the Jamaica 60 Festival Song Competition will go ahead.

There was much public outcry when she told parliament last week that there would not be a festival song this year because of the poor quality of the entries.

She said that some 123 songs were received but they were not up to the required standard.

Grange was speaking today at the opening of the 9th biennial Diaspora conference at the Ministry of Foreign Affairs and Foreign Trade in downtown Kingston.

The Diaspora conference runs from today until Thursday and is being held under the theme “Reigniting A Nation For Greatness.”

Grange took the opportunity to outline a series of activities to mark celebrations for Jamaica 60.