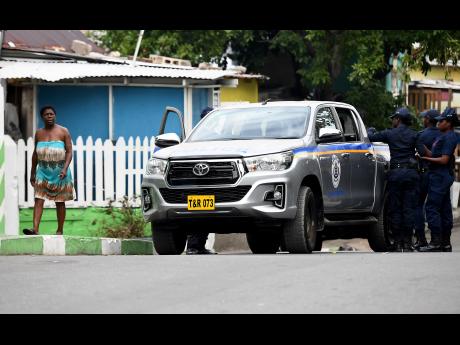 The woman who was seen in a viral video leading the police on a chase across the Corporate Area in April, was today fined a total of $27,000 and her driver's licence was suspended for a year.

Nicole Williams, who returned to the Kingston and St Andrew Traffic Court this morning, was charged on April 30 with several breaches of the Road Traffic Act and resisting arrest.

She pleaded guilty to the offence of dangerous driving and was fined $20,000 or 30 days, plus 14 points deducted from her licence.

Williams also pleaded guilty to the offence of failing to stop at the request of a Constable and was fined $2,000 or 30 days.

On the count of disobeying a traffic sign, she pleaded guilty and was fined $5,000 or 30 days, plus two points deducted from her licence.

With a total of 16 points deducted, her licence was suspended for a year by the judge.

The Crown withdrew the charge of disobeying a police signal.

Williams' lawyer asked presiding judge Peter Wilson if her client's driver's licence would instead be suspended for six months because she needs to be mobile for her job.

Williams, a warehouse manager, had on her first court appearance expressed remorse for her action, which was captured on video and went viral on social media platforms.

“Bad day, I hope you don't have any more of those… get some help,” the judge remarked today.

Meanwhile, regarding the resisting arrest charge, Williams pleaded guilty before the Kingston and St Andrew Parish Court on June 7 and paid a fine of $10,000.