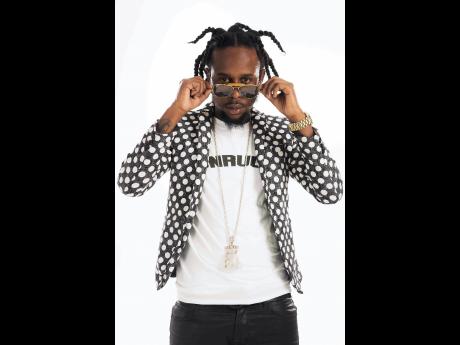 Minister of Foreign Affairs Kamina Johnson Smith has confirmed that dancehall entertainer Andre 'Popcaan' Sutherland was released from what he described as detainment in the United Kingdom.

Johnson also said that the Jamaican Government did not have a hand in the immigration issues Sutherland faced in the United Kingdom on Tuesday.

“We further confirm that his stop and check was not at the instance of the govt of JA,” Johnson Smith tweeted this afternoon.

She further stated that a letter from his attorney was conveyed to the Home Office.

Bert Samuels has asserted that for some time now his client has been the subject of questioning by immigration personnel in the United Kingdom due to what he says is a 'red alert' placed against his name by the Jamaican Government.

The reason for the 'red flag', according to Samuels, is to signal to immigration that Sutherland is a person whose character, as reported by the Jamaican Government, is of a high-risk nature and that he is involved in issues of a criminal nature.

“This red flag does not mean that he has been convicted,” Samuels told The Gleaner in an interview today.

“He has never been detained abroad. He has been delayed in entering and secondly, he has no criminal record whatsoever on his name whether in Jamaica or outside of Jamaica,” he added.

In an earlier tweet today, Johnson Smith stated that the government has not requested the detention of the entertainer, adding that the Jamaica's High Commission in London was asked to look into Tuesday's incident.