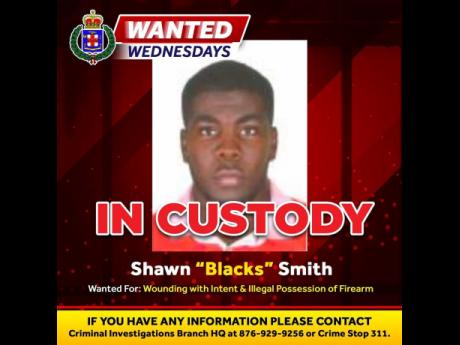 Thirty-four-year-old Shawn Smith, otherwise called ‘Blacks’, of 3 Miles River, Frome in Westmoreland was shot and killed in Savanna-la-Mar in the parish a short while ago.

Smith, who was featured on the Jamaica Constabulary Force’s (JCF) Wanted Wednesdays Campaign, was arrested and charged with wounding with intent and illegal possession of firearm on last Thursday.

Calls to the Corporate Communications Unit of the JCF to ascertain information of Smith's court hearing proved unfruitful as THE STAR was advised that information had not been updated.