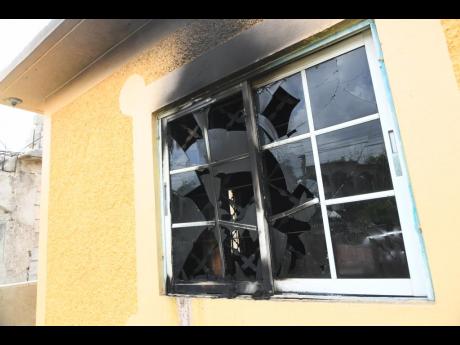 There was also heavy gunfire for a prolonged period as rival gangs traded bullets.

The act of arson took place sometime after 3am Tuesday however residents say that followed the exchange of gunfire.

Two board structures were flattened at 5 Cottage Drive while a concrete structure was set ablaze at Mitchell Drive.

The police are investigating both incidents.