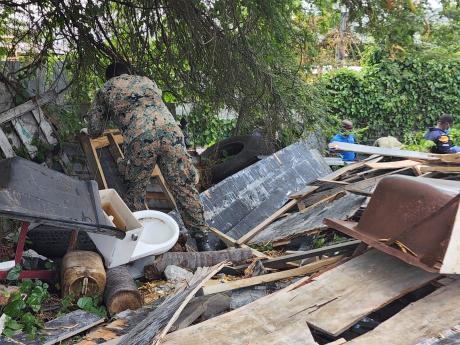 An AK-47 assault rifle was seized by the St Andrew South Police during a joint police/military operation in Riverton about 4 a.m. today.

The operation was led by deputy superintendent Coleridge Minto, who is the new operations officer for the blood-soaked police division.

Minto told THE STAR that the weapon was "well oiled up" and "concealed in alot of old dump stuff" in the back of a yard.

He also said the operation was a continuation of the JCF's drive to get all illegal guns from off the streets.

Home to at least 70 gangs, with over 50 reportedly active, the St Andrew South division has perennially been featured as one of the island's deadliest.

According to statistics from the JCF, a total of 73 persons have been killed between January 1 to July 25, a 30 per cent reduction to murders recorded during the corresponding period of last year.