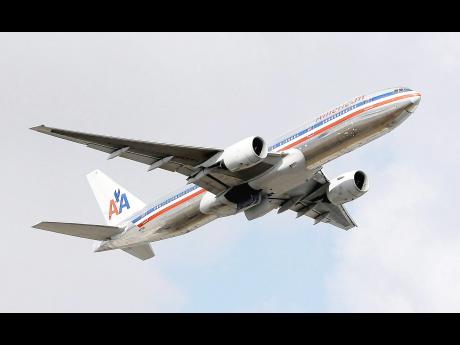 ST.GEORGE’S, Grenada, Aug 3, CMC – Grenada’s Prime Minister Dickon Mitchell Wednesday confirmed that regional leaders met Tuesday to discuss the situation regarding air transportation in the Caribbean amidst concerns that both regional and international travellers are finding its very expensive and difficult to commute.

Mitchell, speaking at the weekly post Cabinet news conference here, told reporters that the meeting was chaired by the Barbados-based Caribbean Development Bank (CBB) and attended by leaders of the sub-regional Organisation of Eastern Caribbean States (OECS), a representative of Barbados and the President of Guyana, Dr. irfaan Ali.

“It was agreed that we would retain a consultant to provide advice to the heads of the region as to how we can address the critical need to have, particularly air transportation resumed at a level that existed prior to COVID-19,” Mitchell said.

Caribbean Community (CARICOM) leaders at their summit in Suriname last  month, had agreed on a new modern Multilateral Air Services Agreement (MASA) that will allow for a new framework within which air transportation will operate in the region.

St. Vincent and the Grenadines Prime Minister, who had served as chairman of the Antigua-based regional airline, LIAT, said that countries, particularly those in the Eastern Caribbean were being severely affected by the loss of thousands of seats “because LIAT as it was is no longer before us..

LIAT is owned by the governments of Antigua and Barbuda, Barbados, Dominica and St Vincent and the Grenadines (SVG). Antigua and Barbuda Prime Minister Gaston Browne said previously that a decision had been taken that would allow Barbados and SVG to turn over their shares in LIAT to St. John’s for one EC dollar (One EC dollar=US$0.37 cents) .

Earlier this year, Prime Minister Browne appealed to Caribbean trade unions to re-think their positions regarding the latest offer made to laid-off workers of the airline.

The Grenada Prime Minister, who led his National Democratic Congress (NDC) party to victory in the June 23 general election, told reporters that LIAT (1974) Limited “is bankrupt and that has been made clear and it is in receivership”.

LIAT (1974) limited in June 2020, entered into court-appointed administration after a high court judge in Antigua and Barbuda granted a petition for the cash-strapped pan-Caribbean carrier’s reorganisation. The Guyana-born Cleveland Seaforth, has been appointed LIAT’s administrator for the duration of proceedings. The airline owes former employees including pilots millions of dollars (One EC dollar=US$0.37 cents) in  severance and other payments..

“I can certainly say it will not be LIAT (1974) because obviously that entity is bankrupt and no one is reviving that entity. As you may be aware, I think there is LIAT (2020) which currently operates out of Antigua and has two planes in service,” Mitchell said.

“The question maybe whether that service is extended, whether a new entity is created. There is also Inter-Caribbean Airways, whether there is a combination of both of that. “Where we are is that we want to ensure that there is appropriate air services in the Caribbean and we are committed to helping in any way we can.”

Mitchell said that the new initiative may mean “direct financial contribution whether from an equity perspective, whether from a loan perspective. It may mean looking at the taxes on landing charges and fees that are charged at our airport.

‘We are open to looking at all of the possibilities at coming up with the best solutions,” he said, adding that Grenada is committed to playing its part “in ensuring that regional travel returns for the benefit of Grenada.

“I think our diaspora citizens have been complaining about the costs of flights from the eastern seaboard of the United States to get to Grenada, Many of them have to stop in St. Lucia…and take British Airways down from St. Lucia to Grenada.

‘As a government we recognise the critical role that air travel plays in our economy, in our social life and in our development and therefore we are committed to doing everything we can to improve that situation,” Mitchell told reporters.