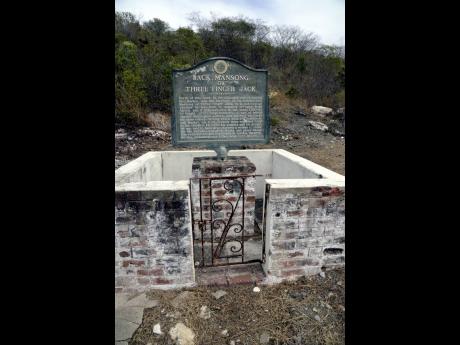 A marker that was mounted below Three-finger Jack’s hideout in St Thomas in 1978. 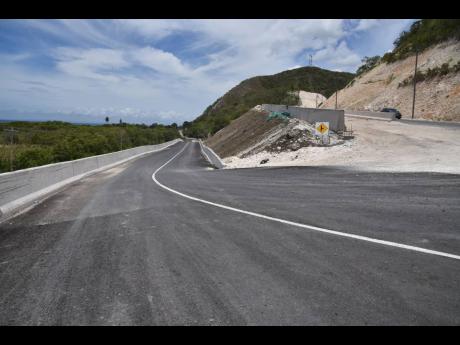 A section of the St Thomas leg of the Southern Coastal Highway Improvement project. 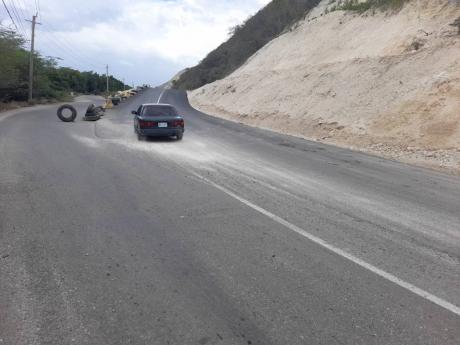 A section of the Southern Coastal Highway.
1
2
3

The Jamaica National Heritage Trust (JNHT) has sought to assure the public that the Jack 'Three-finger Jack' Mansong monument, which has been displaced to make way for the building of the Southern Coastal Highway, will be rebuilt.

The monument once stood along the side of the road near Bull Bay in St Thomas. A four-lane highway, which leads from the Harbour View round-about in St Andrew to Yallahs in St Thomas, is being built as part of the massive road project. Several houses and business places have been demolished to make way for the highway. The Three-finger Jack monument has not been spared.

However, Georgia Rookwood, research officer at the JNHT, told THE WEEKEND STAR that the monument will be re-established as soon as the road works are completed. She said that the new monument will be easily accessible to the public.

"It will be in a location that is easier to access for those who are interested in learning more about Three-finger Jack," Rookwood said.

Three-finger Jack founded a community of freed slaves between 1770-1780 in St Thomas. A marker that was mounted below his hideout in 1978 described the legend as "strong, brave, skilled with machete or musket".

It noted that Three-finger Jack fought, often single-handedly a "war of terror" against the English soldiers and planters on the island.

Omar Ryan, a resident of St Thomas, said that Three-finger Jack has an important place in Jamaica's history.

"A person like Three-finger Jack, he must be treasured. In his time, he was probably one of the most well-known rebels in his time, only rivalled by persons like Tacky," Ryan said.

Ryan also sought to stress the importance of the monument's existence and re-erection.

"It's important for the history to remain, for the monument to be there. If it wasn't for the monument out there in Eleven Miles, Bull Bay, a lot of persons wouldn't be aware of who Three-finger Jack is, and how important he was to the anti slavery, anti-colonialism struggle."

He said that a statue, and possibly a storyboard, should be erected after the road works are completed "so people can have an idea of what the man was like, what he represented".

"And it should be a good size, not necessarily life size, because I know erecting monuments can be expensive, and it should be right within the vicinity where it was erected originally," Ryan said.