Getting custody of a child in Jamaica- Part Two 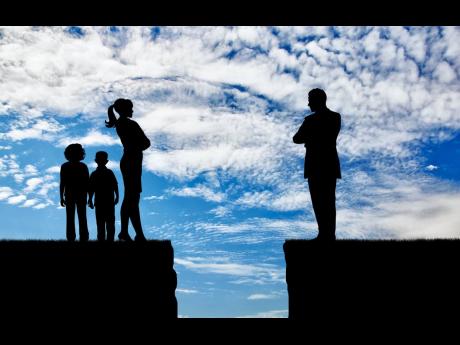 As promised in my July 25th article, I will continue to examine the issue of custody. Based on the practice within the courts, there are a number of factors that are likely to be considered when determining what is in the best interest of a child.

Two of the main factors taken into account by the court when deciding custody matter are the child's age and sex. Although there is nothing in law that dictates that a mother is granted custody of a baby over the father, as matter of logic, if the child is very young, the court tends to favour granting custody to the mother.

The court also considers the child's physical, emotional, educational needs. It is important that both parents provide a safe home, food and clothing for the child, therefore, the court through probation officers, will examine each parent's ability to provide suitable accommodation for the child. The court assesses both the tangible and the intangible, meaning not only the physical location such as the bedroom, bathroom, type of school, etc, but also the time and energy that each parent can devote to the care and upbringing of the child.

The child's mental health is of paramount importance and that is why the court factors the wishes of the child. This is where the relationship between the parent and the child comes into play. The child must not feel that he or she is held captive, and so the court may take a child's request to live with one parent or another into account.

Most children are settled in school, in a community, church or home, and, as such, the court would rather not uproot a child and change his or her circumstances. There is general acceptance that the removal of a child from a home may have long-term consequences. For instance, where a child is settled in school and is doing pretty well academically, the court will be reluctant to change the status quo.

The court will be mindful of any risk of sexual, emotional, physical or psychological abuse when the decision is to be made. This will include any history or threat of violence to the child or any other person in the home.

Last, but not least, the court takes into account the parent's ability to meet the child's need. This is not solely an economic assessment. Other factors such as the parent's and child's mental and physical health and lifestyle may be considered.

The issue of custody is usually a very sensitive and emotional issue as a child is caught in the middle of a broken relationship. As is often the case emotions from both parents boil over and affect the real victim, the child. As such the court has to sift through these emotions and analyse the facts and thereafter make what it believes is a decision in the best interest of that particular child.

Odane Marston is an attorney-at-law who specialises in conveyancing, administration, probate, recovery of possession, criminal litigation and divorce. Marston may be contacted via email Odanemarston@gmail.com or telephone 876-999-5391. This article is for general information purposes only and does not constitute legal advice.