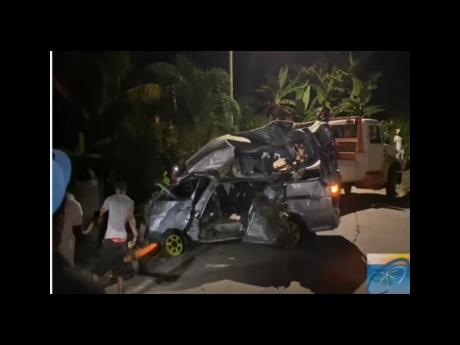 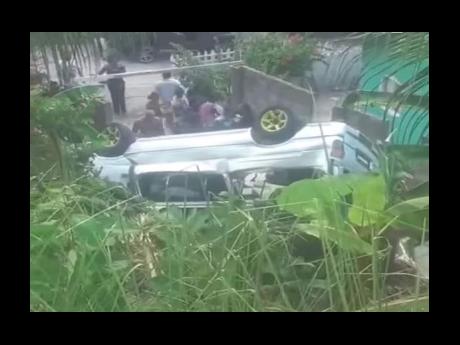 KINGSTOWN, St. Vincent, Sept 12, CMC – Prime Minister Dr. Ralph Gonsalvs Monday led the country in paying tribute to the five people who were killed when the vehicle in which they were travelling to a funeral overturned in Sandy Bay on Sunday afternoon.

“I am asking all of us in this period of mourning to be moderate in our utterances and to be controlled in our revelry. We know life goes on, but at moment like these and these tragedies hit home so directly, we have to sit and reflect and act accordingly, Gonsalves said ina sombre statement on the state-owned NBC radio.

The authorities have identified those killed as Giovanni Barker, Ishmael Bruce, Elvis Harold, Collin Robin and Kenroy Haywood/Phillips, while nine persons were transported to the Modern Medical and Diagnostic Centre (MMDC) at Georgetown.

Witnesses also said that several people were pinned inside and under the vehicle and that others had been taken in private vehicles to hospital for treatment. Some of these critical patients have since been transported to the Milton Cato Memorial Hospital in Kingstown.

Gonsalves said that several others, including the driver had been treated and discharged from hospital as he praised the health care workers, as well as persons who had been involved in rendering support to the victims.

“I want to on behalf of the government and people of St. Vincent and the Grenadines to express profound condolences to the immediate family and friends of the persons who have died. This period of mourning will last certainly until these individuals, these sons and daughters of our St. Vincent and the Grenadines are buried,” he said, noting that he will be visiting the grieving families over the coming days.

“We have at this juncture all of us give support to the families and friends of those who suffered,” noting that the community of Clare Valley, where the victims came from “must be sombre as I speak”.

Parliamentary representative for the area, Nigel “Nature” Stephenson told the Searchlight newspaper that the Community of Clare Valley was in shock and mourning. He said those killed were all males under the age of 40.

“The community is in shock and mourning. Clare Valley is a very small community and most of the people there are related to each other,” Stephenson told the newspaper late on Sunday night. He is encouraging his constituents to “be strong” and promised to do whatever he can to help them through this difficult time.

The vehicle was said to be transporting persons to Owia, northeast of here, for the funeral of murder victim Rohan “Charla” Rawlins, 43, who was shot and killed in Lowmans Bay on the outskirts of the capital on August 15.

Gonsalves described the accident on Sunday as “this terrible accident” reminiscent of the January 2015 accident in which seven students died when the bus in which they were travelling careened off the road in Rock Gutter, another area in north Windward, and ended up in the sea.

He said he had spoken to the Commissioner of Police who has given the assurance that the investigations into the tragedy will be led by a senior official of the traffic branch.