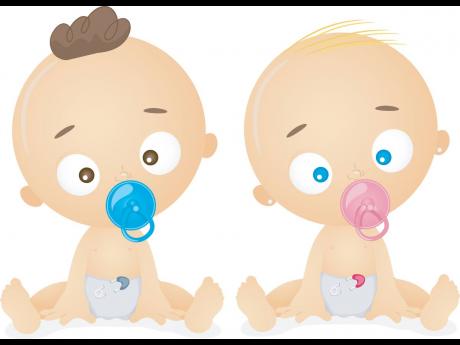 A woman gave birth to twins with two different dads after having sex with both men on the same day.

The 19-year-old mother is only the 20th known case of what is known as "heteropaternal superfecundation".

The man she thought was the biological father of both of her boys took a DNA test and the result came back as positive for only one of the children.

The unnamed Brazilian woman said: "I remembered that I had sex with another man and called him to take the test, which was positive. I was surprised by the results.

"I didn't know this could happen and the babies are very similar."

"It happens once in a million. I never imagined I would see such a case in my life."

Artificial sweeteners are bad for health

A study has claimed that drinking sugar-free sweetened drinks raises the risk of heart disease and stroke by 10 per cent, with less than a can a day enough to cause health damage.

Millions drink diet fizzy drinks as they have zero calories, but scientists in France claim it is incorrect to think of artificial sweeteners as a safe swap for sugar.

"Artificial sweeteners are in thousands of food and beverage brands worldwide.

"However, they remain a controversial topic and are currently being re-evaluated by health agencies."

Dr. Touvier added, "These food additives, consumed daily by millions of people, should not be considered a healthy and safe alternative to sugar."

The world's obsession with UFOs has been likened to a new religion.

Theology experts claim that sightings of alien spacecraft rocket during times of trouble as humans hope to discover a better world.

Boffins claim that those who have close encounters with alien life feel better afterwards and often claim that their lives have been transformed by the experience.

Professor Diana Pasulka, from the University of North Carolina in the US, says that the public's desperation for a breakthrough in the hunt for alien life is "a new form of belief, a new form of religious belief, a new religiosity".

Meanwhile, it was recently claimed by religious scholars that aliens are actually "demons" sent by evil powers.

Theologists suggest that there are several parallels between UFO sightings and "demonic encounters" as they seek to explain to worshippers why there is no suggestion of alien existence in religious texts.

A top chess player has offered to play in the nude amid allegations of cheating.

Hans Niemann made the pledge after his victory over world champion Magnus Carlsen in the Sinquefield Cup as he faced claims of skulduggery after his Norwegian opponent withdrew from the tournament.

Niemann, 19, confessed that he played with computer help when he was younger, but is willing to play in the buff to prove that he is not a cheat.

He said, "If they want me to strip fully naked I will do it. I don't care. Because I know I am clean. You want me to play in a closed box with zero electronic transmission, I don't care."

Niemann confessed that he had cheated in games at the age of 12, but has put his bad behaviour behind him.