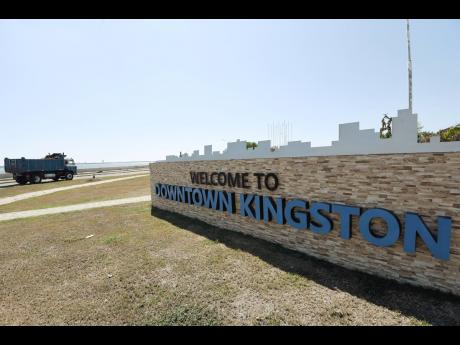 The city of Kingston currently has a ‘Welcome to downtown Kingston’ sign, which is located at Flag Circle near the waterfront. 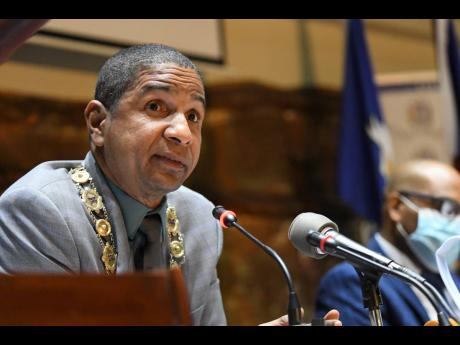 Mayor of Kingston Delroy Williams said considerations were being given to have a City of Kingston sign placed in the harbour, but it was not pursued due to its potentially high cost.

Williams, speaking during Tuesday's meeting of the Kingston and St Andrew Municipal Corporation (KSAMC), said the sign will, instead, be placed in the vicinity of the Kingston waterfront.

"Where we really wanted to put the sign was in the harbour, that was our original thought. But as you know, that it is quite an expensive venture that we could not undertake, so we are putting the sign on land," he said.

Williams did not disclose the likely cost for the sign.

The mayor's announcement for the City of Kingston sign, follow last week's unveiling of a destination sign in Negril, the resort town on the border of Westmoreland and Hanover. It was constructed at a cost of $12 million.

A 'Welcome to Montego Bay' sign was constructed at the Sangster International Airport roundabout in Montego Bay, St James, in 2019. It cost $14.7 million.

Meanwhile, Williams said that the new sign is intended to promote the city as a desirable visitor destination, business location, and a place to call home.

"We have been working on a City of Kingston sign since 2017 ... we put out our first design on social media to invite the public to participate. We received a lot of recommendations and feedback, which we have incorporated into what the sign is now," the mayor said.

The city of Kingston currently has a 'Welcome to downtown Kingston' sign, which is located at Flag Circle near the waterfront. Williams said that the new sign will tie into the transformation of the Kingston waterfront and the general downtown redevelopment. He said that the KSAMC has been in dialogue with representatives from the Urban Development Corporation, the central government, the Port Authority of Jamaica, as well as private-sector partners regarding the erection of the sign.

"We really want to get this sign up as fast as we can ... and I believe that we are pushing to have it within months [from] now. Of course, we would have to start the process of procurement," he said.