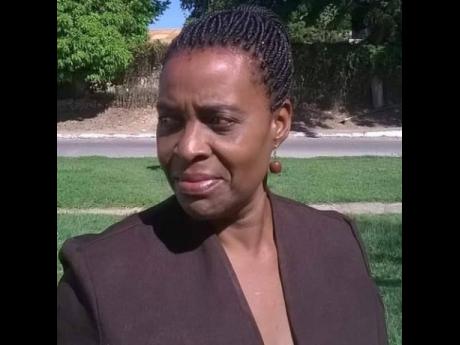 Colleagues of 59-year-old police veteran Joan Whyte, who died months before officially retiring, has credited her as a mentor to young cops who radiated dignity.

Whyte, who worked as a liaison officer at the St Catherine Parish Court before going on pre-retirement leave, died last Saturday at the Spanish Town Hospital after ailing for some time.

"I have worked with her for years, and I know that she was not doing well,but I am still saddened by her passing even though we are aware that she was sick,'' he said.

Whyte was viewed a towering figure whose exemplary service was a blueprint for junior members of the force.

Constable Michael Nembhard said Whyte always offered sound advice and explained how the job had changed over decades, while Corporal Ainsworth Johnson reminisced that she was a source of motivation.

"She was like a great inspiration to many, especially when there is need for guidance," said Johnson, who would often give her a ride home whenever he spotted her in Spanish Town.

Darrion Kelly, a court employee, lauded the late cop for making an indelible mark in the justice system as a liaison officer.

"Detective Whyte was a very respectful and soft-spoken person. She didn't say much unless spoken to," Kelly said in a STAR interview. "However, she was an efficient and dedicated personnel to the JCF."

Meanwhile, chairperson of the Criminal Practice and Procedure Committee of the Jamaica Bar Association, Tamika Harris, recalls her interactions with Whyte as cordial.

"During the years that I have known her, I found her to be a true professional who went about her job in a quiet and proficient manner," Harris said. "Her death is a great loss to the system and I personally want to say condolences to her family, friends, and colleagues at this time.''

Whyte was due to proceed on retirement at the end of November when she would have celebrated her 60th birthday, THE STAR understands.

Colleagues in the St Catherine North Police Division are planning a series of activities to celebrate the life of the late cop.