Posts made to Spice’s Instagram following break from the platform 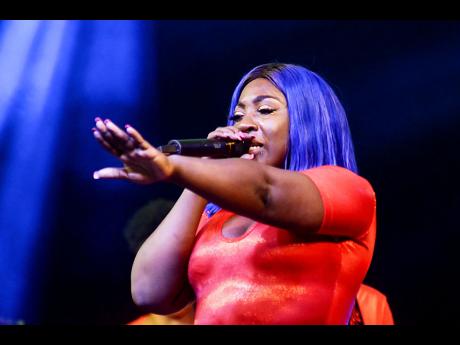 Amid raging rumours of recent medical issues and an almost month-long break from Instagram, it appears Queen of the Dancehall Grace ‘Spice’ Hamilton has returned to posting on the platform.

It is unclear whether the post was made by Hamilton or a member of her team, however the IG story posts highlight two of the artiste’s most recent tracks, Worlds Apart and Same Mouth.

“The same mouth you feed at your table, will do to you wah Cain do to Abel. The same mouth will say you fi disable, sometimes me wish them mouth did have a label. Them a wish fi me fall out, keep going all out,” Spice deejays in the snippet posted from the track Same Mouth.

“I’ll be off of Instagram for a while. I’m tired of being their only target for clout and clickbait. Let’s see if they’re still gonna talk about only me,” she wrote.

On November 2, rumours started circulating that Spice had gone into a coma, following complications during cosmetic surgery.

However, her booking agent said the rumours were false.

The most recent reports suggest that Spice has improved.

Spice is known for explosive performances and songs including Tape Measure, So Mi Like It and Ramping Shop.