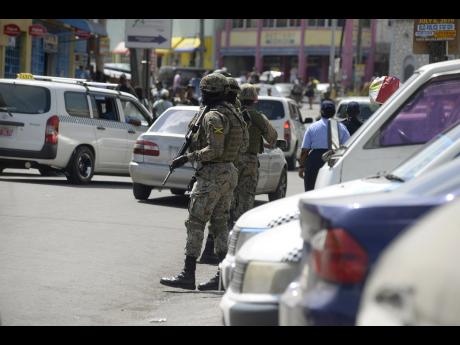 As of Sunday, November 13, a total of 1,360 murders have been recorded in Jamaica.

Jamaica’s law-enforcement authorities are expecting that the newly declared state of public emergency spanning six parishes will lead to a minimum 40 per cent drop in the country’s murder rate.

With seven weeks to go to year’s end, Jamaica has already recorded 1,360 murders as of Sunday. This represents a seven per cent increase when compared with the corresponding period last year.

Anderson said that 10 of the country’s 19 police division, where will now be covered by the SOE, accounts for 72 per cent of the murders.

Mindful of the numbers, Major General Antony Anderson, the country’s commissioner of police, said all available law-enforcement tools are being used to bring the murder rate under control.

Prime Minister Andrew Holness announced on Tuesday that the parishes of Westmoreland, Hanover, St James, Clarendon, St Catherine, Kingston, and parts of St Andrew will be under a state of emergency for the next 14 days. The measure may be extended for another month if the Government gets the support of the parliamentary Opposition, which has consistently opposed its use.

Anderson, speaking at a press conference at Jamaica House where Holness announced the use of the Emergency Powers Act, said that there were “significant declines in murders and shootings” in previous states of emergency. He said that there was a 70 per cent reduction in murders in St James when the measure was utilised between January 2018 and January 2019.

Similarly, Anderson said that there was 61 per cent reduction in St Catherine where it was imposed in 2019. According to Anderson, there was an overall average reduction of 40 per cent in all police divisions in which the advanced security measure has been imposed.

“We are seeking similar reductions as we go into the end of the year and into next year. This 40 per cent translates to a lot of lives,” Anderson said.

Holness said that the declaration of the states of emergency was necessary because of an increase in criminal activities, including murders, threats to property, and public disorder.

“The underlying threats are such that it will cause an increase in the number of murders and homicides that we see going into the next few weeks – and indeed we have seen an increase in murders over the last six months. What we are seeing with gang activities in these areas is cause for grave concern,” the prime minister said.