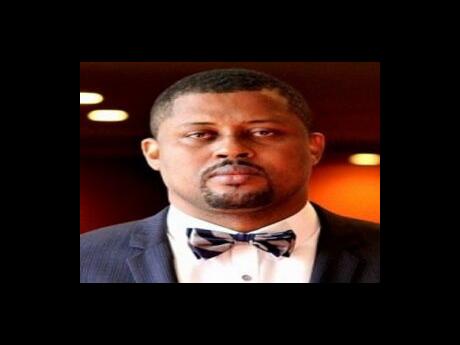 PORT AU PRINCE, Haiti, Nov 21, CMC – The former president of the Chamber of Deputies, Gary Bodeau, has “unequivocally condemn” the recent decision by the Canadian government to impose sanctions on him and two other Haitians politicians after Ottawa accused them of aiding gang leaders and laundering their illicit earnings.

In a statement, Bodeau, who along with Senator Ronny Célestin, and former senator Hervé Fourcand, were sanctioned by Canada, denied that he is “an individual involved in the financing and proliferation of gangs and other violent groups in Haiti.

“The Canadian government has accused me of participating in human rights violations against my own people, the people of Haiti.Throughout my political and professional career, I have never participated in any of the activities of which I am accused.

“I challenge anyone to attest of the contrary. I have always supported the efforts of nonviolent groups in Haiti who strive to build a better future where human rights are respected and where Haitians can achieve prosperity,” Bodeau added.

The sanctions, which implement a U.N. Security Council resolution and build on earlier actions imposed by the United States and Canada, aim to stop the illegal flow of money and weapons into Haiti that help criminal gangs

“These individuals are using their status as current or previous public office holders to protect and enable the illegal activities of armed criminal gangs, including through money laundering and other acts of corruption,” said a Canadian government statement, adding that the sanctions will freeze any assets held in Canada.

But Bodeau said that what the Canadian government is doing “is targeting me and subjecting me to political persecution.

“Also, this baseless action was designed to rob me of my credibility and prevent my continued rise in the sphere of democratic governance of Haiti.

“The Government of Canada is making allegations for which there is absolutely no evidence. At no time in my life have I been involved in gang-related activities, human rights abuses, arms trafficking, or any other illicit trafficking in my country or anywhere else in the world. I have never taken part in any activity that could lead to the destabilization of my country and harm the security of my compatriots.”

Bodeau said that the reality is that he has dedicated his life to public service.

“During my four years in office in the Haitian Parliament. I have proposed and supported laws that guarantee the rule of law, the promotion of human rights which elevate the Haitian people in dignity. After my mandate, I created a Foundation which is dedicated exclusively to offering young people sports and educational activities in several municipalities of the country.”

The former Haitian legislator said he was asking his “fellow Haitians to continue to believe in me and stand by my side as I continue to fight for democracy in Haiti.

“I ask all those who know me whether in the national or international community to continue to support me during this long journey. As a proud son of Haiti, I will take all legal steps necessary to clear my name and regain your public trust. I’m sure the truth will acquit me and light our way to freedom,” Bodeau added.