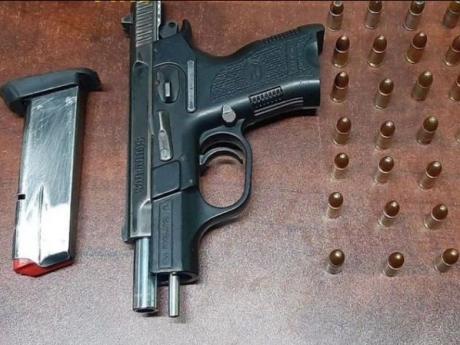 Three men and a woman were arrested after an illegal firearm and over 30 rounds of ammunition were found in their house at a house in, Spanish Town, St Catherine on Sunday.

Their identities are being withheld at this time.

According to the police, between 4 a.m. and 5 a.m. a joint police-military team conducted an operation in the community of Gulf.

During the search of a house, a Smith and Wesson nine millimetre pistol and thirty-seven 9mm rounds of ammunition were found, according to the police.

The occupants were taken into custody.

The police are encouraging persons to share information about illegal guns, wanted men and gang activities.