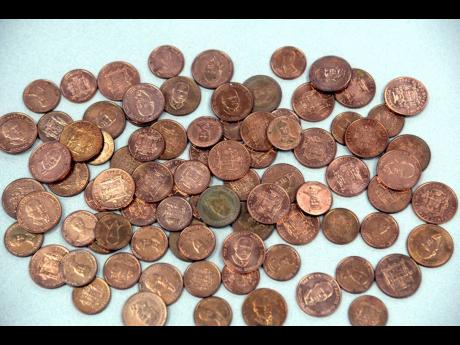 Five windshield cleaners were on Thursday assisted by members of the public to pay their $4 fines after they were convicted in the Kingston and St Andrew Parish Court for breaching the Main Road Act.

Kenroy Ferguson, Omario Facey, Jovan Pennycook, Lamar Perkins and Oneil Baxter did not have the money to pay the fines. Other defendants in the courtroom dipped into their pockets for coins and handed them to the five.

The men spent two months in custody after being arrested and charged with breaches of the Main Road Act and malicious destruction of property. They pleaded guilty to the charges.

The prosecutor shared that the men were seen throwing stones at a stoplight along a Corporate Area thoroughfare. The objects reportedly damaged the windshields of some motorists.

One of the men, Ferguson, in his own plea mitigation, begged Senior Parish Judge Lori-Anne Cole-Montaque to be released from custody stressing that he could not manage another day behind bars.

"Mi mada have one foot and mi is the main breadwinner. My grandmother tek sick so she can't manage nuh more. Mi just want go home now," he said.

Cole-Montaque indicated that she had no intention of imposing custodial sentences and would rather impose fines. On the count of malicious destruction of property, each defendant was sentenced to four-months' imprisonment at hard labour suspended for a year.

"For breach of the Main Road Act now ... you would have to pay some money. The fine is $4 or 10 days' imprisonment," the judge revealed.

Cole-Montaque gave the men a stern warning before sending them on their way.

"Most of us in here are motorists and we have the displeasure of manoeuvring the Corporate Area. Sometimes you tell people you nuh want the wipe and dem still a wipe, and when you say no, it's like dem want to bruk off your windshield. Sometimes they throw dirty water on your vehicle and that sort of thing. Unnu fi tap it," she stressed.

"The next time you are tempted to do that, remember the two months in custody," she said.