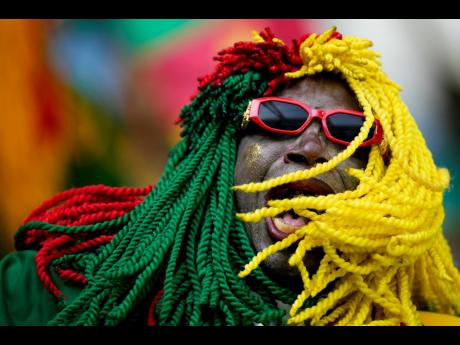 A Cameroon supporter cheers on her team during Monday’s World Cup Group G match against Serbia at the Al Janoub Stadium in Al Wakrah, Qatar. The ‘Indomitable Lions’ kept their hopes of reaching the round of 16 alive as they battled back from two goals down to draw a six-goal thriller. They will play Brazil in a must-win game on Friday. 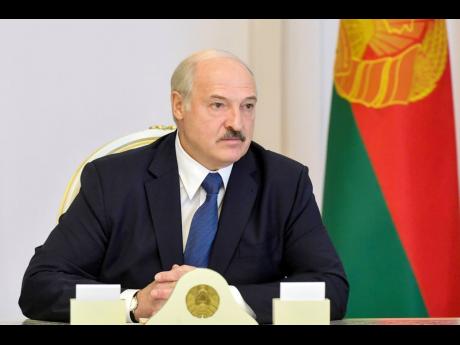 Vladimir Putin has reportedly lost more than 160 generals and colonels in the Ukraine war.

A Telegram channel operated by Colonel Anatoly 'Stirlitz' Stefan of the Ukrainian armed forces has collected reports of Russian military deaths and compiled a list of some of Putin's most prominent casualties.

Stirlitz claims that the Russian president has lost ten generals and a total of 152 colonels and lieutenant colonels since launching the invasion in February.

New figures released by the general staff of the Armed Forces of Ukraine claimed that 87,900 Russian servicemen have been killed in the conflict. A Pentagon estimate earlier this month said that over 100,000 Russian military personnel had been killed or wounded.

The high number of fatalities of high-ranking officials comes due to an apparent refusal to delegate responsibility to junior commanders.

Many generals and colonels are unwilling to decentralise command, and have been more vulnerable to attack as they marshal their troops near the frontline.

Belarus President Alexander Lukashenko fears for his life after his foreign minister was "murdered" with poison.

The death of Vladimir Makei has sparked panic in Belarusian political circles and the president is said to be in a state of shock.

According to a Russian opposition figure, Lukashenko -- an ally of Russian President Vladimir Putin -- has "ordered that his cooks, servants and guards be replaced and his children provided with additional protection".

Makei died last weekend after a reported heart attack, just days before he was due to meet Kremlin counterpart Sergey Lavrov in the Belarusian capital, Minsk.

Exiled Israeli businessman Leonid Nevzlin claimed that sources told him the minister had been killed "with a poison developed in a special laboratory of the FSB (Federal Security Service)".

Nevzlin's claims has been disputed by some, but he pointed out that the politician "had no health problems and led an active lifestyle" before his death.

He believes that the "assassination" was carried out to make sure that Belarus keeps supporting Putin's invasion of Ukraine.

Nevzlin said: "It is very easy to poison a person so that everyone thinks he died of natural causes.

"The dictator trusts no one. Not without reason. He believes that after Makei, a magnificent funeral can be arranged for him.. the Kremlin is ready to use all levers to put pressure on the Belarusian regime."

A replica of the biggest dinosaur ever discovered will go on display in London, England

A cast of the sauropod dinosaur, known as Patogotitan, is to go on show at the Natural History Museum in the new year.

The replica skeleton is being loaned from Argentina's Museo Paleontoligco Egidio Feruglio (MEF), whose staff excavated the giant animal's bones in 2014.

Exhibition developer Sinead Marron said: "We should be able to get it in, but there won't be much wriggle room.

MEF are loaning the dinosaur's femur to give visitors an idea of the animal's true scale."

"It'll be the first time that those fossils and Patagotitan will be on display in Europe. MEF are being incredibly generous. They're just really keen to showcase their science to the world, and we're so excited we're the venue that they want to do that with."