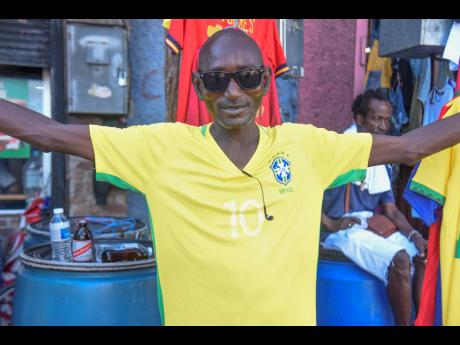 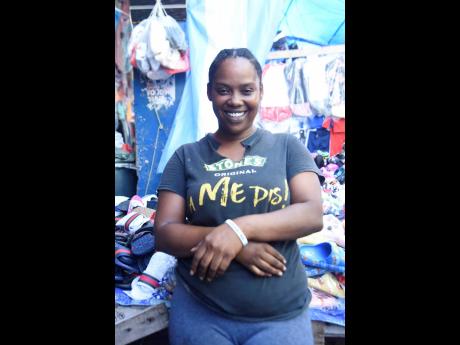 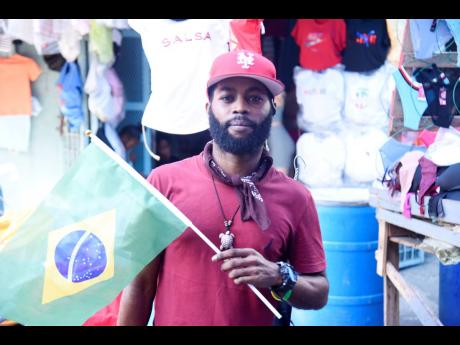 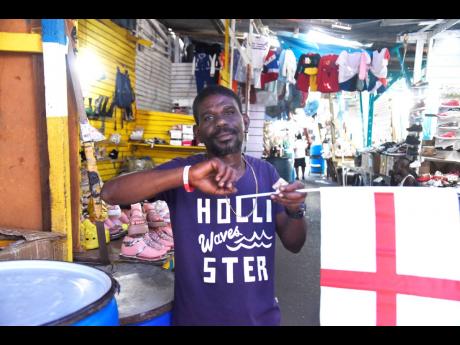 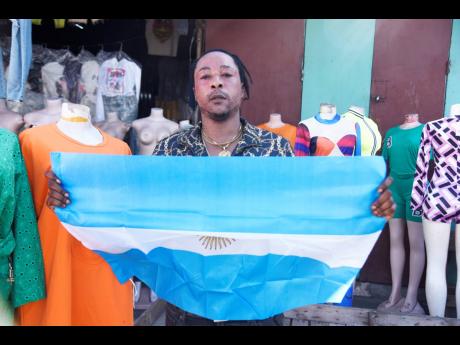 The heart of downtown Kingston has been buzzing non-stop since the World Cup began on November 20.

THE STAR sought vendors' reactions, asking them various questions including their favourite game, who has been the best player, and who they think will win the trophy.

Who are you cheering for? - "Yea man a Brazil a di thing because from dem and Germany in the World Cup, it a go hot and dem things deh.

Best game? - Brazil's first match so far have one of the best goals scored inna di World Cup and everybody did a anticipate say Brazil did a go lose due to Argentina lose and couple other big side."

Best player? - "I would say Mbappe because him a perform well, enuh, along with him speed and everything him a bring him team."

Finals prediction? - Mi feel like the scoreline a go be a 2-1 because yuh done know the finals a go tough. A from 2002 wi no kiss the cup, so we want it back."

Blinds, who sells a variety of items at the intersection of Pechon and Darling streets:

Favourite game? - "My favourite match a weh wi (Argentina) play wah day with a likkle idiot team (Mexico) weh wi gi two. Yeah, and Messi left the place mess up when dem never see dah ball deh a go to the goal. The keeper tun idiot, him stand up and no see nothing is like him blind. Memba a Messi that, enuh, the chosen one."

Best player? - "The other baller weh me rate a Cristiano Ronaldo because me love how him close to Messi but him cyah walk inna Messi shoes."

Finals prediction? - "Mi really wah play against Cristiano Ronaldo because that would be an epic match. Di wul Jamaica would a tune in. Wi don't even a talk bout Argentina and Brazil, we a talk bout Portugal and Argentina, because to me, Brazil a nobody."

How's the World Cup so far? - "I am enjoying it fully because it a hol' dung the crime. Mi wouldn't mind it go on all the while still, yuh seet. But yuh done know my team is Brazil over the years."

Finals prediction? - A 2-0 victory for Brazil in the finals regardless of the opponent.

Garfield, a clothes vendor who operates on Luke Lane:

How's the World Cup so far? - "It can gwan, it a gwan good so far because a first me a see Qatar pon my TV yuh seet. At least mi see that. Yuh only hear say Qatar a war place and dem things deh so the World Cup show say you can go there and enjoy yourself same way.

Best game? - "I would say Canada vs Belgium although some people a say Mexico vs Argentina. But Canada fi so much years offa di scene, dem improve a lot, and Jamaica deh yah so cyah improve."

Who will win? - "I would love for England to win because they are my side but mi feel like a Brazil a win World Cup still."

Kadeen, sells clothes and other items at the intersection of Beckford and Princess streets:

How's the World Cup going so far? - "Oh God, a di best of all best! Mi like the love because yuh know before you have the Corona, yuh have the violence and everything but this just bring back everybody. The vibes and the love is just everything."

Finals prediction? - "My wish is for Argentina and Brazil fi go a di finals. Yuh see all business place would a lock dung, all police and soldiers would affi deh out. All guns would a lock weh, badman just a enjoy himself. A just that a my wish, fi Argentina meet Brazil inna di finals fi show who a di bigger baller, who a di best."