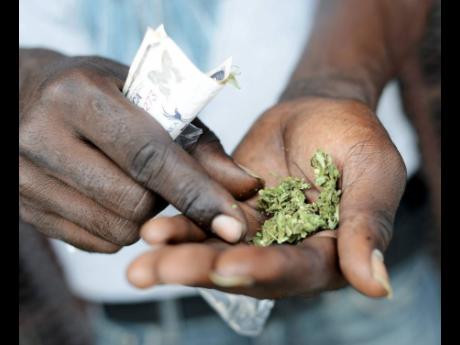 Vice-chairman of the National Road Safety Council Dr Lucien Jones has called on more to be done to clamp down on persons driving while under the influence of marijuana and alcohol.

He explained that based on studies he has reviewed, many road fatalities are as a result of speeding, drinking alcohol and smoking marijuana.

"We have to get serious about this thing. Just as we say don't drink and drive, don't smoke and drive. If you see a taxi man or Coaster man driving and smoking marijuana, come out of the car or bus. You are in danger, and it becomes dangerous if so many people are doing it. And therefore, more than the 50 people or 40 people who may die in December because of what is happening. The number may increase if people keep on smoking and driving and if they use alcohol and drive. If they use both of them, it is even worse. So I know the police will be very vigilant this season using the breathalyser and looking out for those who are smoking marijuana and driving," he said.

This view is supported by psychiatrist Dr Winston de la Haye, who referenced a study done in the late 90s at the University of West Indies which revealed a 50 per cent prevalence of cannabis metabolites (THC) in the blood of patients attending the ER at the University Hospital of the West Indies over a three-month period.

"In that same study a 32 per cent prevalence of legally drunk persons were identified, using Jamaica's legal limit of 0.1 mg. For that same sample of patients, when the alcohol legal threshold was extrapolated to 0.08 mg (as it is in the US), 80 per cent of the sample would have been legally drunk. The US lowered their legal limit some years ago in order to save lives. Overall cannabis and alcohol use and misuse are major contributors to the carnage on our roads," he said.

He noted that recently, an orthopaedic surgeon identified a high prevalence of cannabis use in bike accident victims.

"Because of poor planning or lack of will at the time Jamaica decriminalised cannabis, we missed the boat ... in studying and comparing motor vehicle accidents associated with drug and alcohol use, one year before and one year after cannabis decriminalisation," he told THE STAR.

Jones noted that based on the current projection from the Mona Geoinformatics Institute, road crash fatalities could come close to last year's figure of 487, or even surpass it.

"We are already more than last year, and in November, 50 persons died alone. So unless something dramatic happens, based on what has happened over the years, it is likely that we are going to have a similar number of persons dying," he said.

Jones is pushing for the new Road Traffic Act to be swiftly instituted, so that human behaviour can be shifted to reduce speeding and carnage along the roads.