Confusion over Dutch apology for slavery 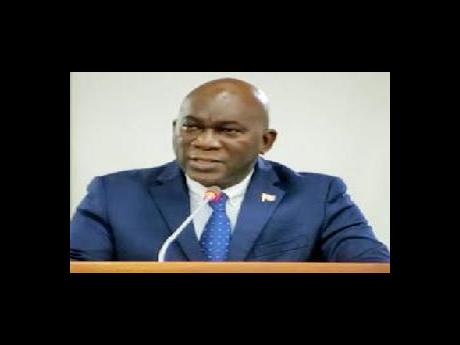 PARAMARIBO, Suriname. Dec 7, CMC – The Suriname government says it has not formally received any apology from the Netherlands regarding slavery.

Media reports here had said that Dutch Minister of Legal Protection, Franc Weerwind, who will be on a working visit to the Dutch-speaking Caribbean Community (CARICOM) country would offer an apology.

Justice and Police Minister, Kenneth Amoksi, speaking in the National Assembly on Tuesday, said that that while a work programme has been agreed for the December1 5-20 visit, it does not include an apology on December 19 about slavery.

“Nothing has been reported about apologies on December 19,” Amoksi said, amid criticisms about the unilateral decision of the Netherlands, with several legislators questioning Amoksi on the issue.

But the government has said that everything concerning apologies on December 19 has been in the press, with the Minister of Spatial Planning and Environment, Silvano Tjong-Ahin saying the government nonetheless is not ignoring the signals.

“A position will be taken by the government. The council will also be involved in taking the position and as much as possible the community,” he added.

The leader of the opposition National Democratic Party (NDP) in the National Assembly, Rabin Parmessar, said while he agreed with Amoksi’s statement, it has not escaped his attention that it has been made public that Weerwind is coming here to apologise for the slavery of the past.

“Has it been accepted? How is the government dealing with this? You know how sensitive the matter is among those involved in Suriname, have they been consulted? This concerns the government. We want the government’s view on this,” Parmessar said.

Another legislator, Patricia Etnel, of the National Party of Suriname (NPS) said that as a descendant of the enslaved, she would like to make it clear that she and many others are against the fact that apologies will be offered in Suriname on December 19.