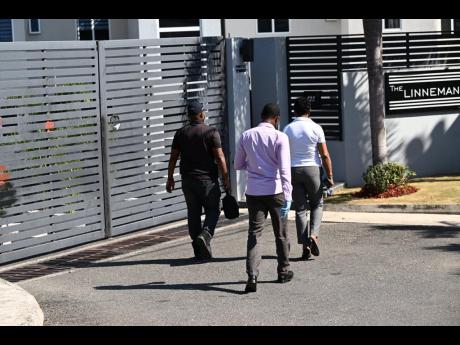 Investigators probing the multibillion-dollar fraud at investment firm Stocks and Securities Ltd (SSL) today raided the home of the former worker at the centre of the alleged scheme.

The operation involved cops attached to the police’s fraud squad and the investigative arm of the Financial Investigations Division at the Ministry of Finance.

Head of the police’s Corporate Communications Unit Senior Superintendent Stephanie Lindsay told reporters that several items were seized and that investigators will be analysing them.

“So far, not much I can share about the search but I can tell you that they have taken some documents that they believe could be of assistance to them,” Lindsay said.

The ex-employee and her attorney where present during the search, Lindsay disclosed.
When asked why the ex-worker had not been arrested, Lindsay explained that the investigative team will not be rushing the probe and that time is needed to review all the information.

“Arrest and charge is based on evidence…We know [that with] an investigation like this you want to make sure you have all the evidence that you need, so they are not going to rush in any part of the process, they are going to ensure that everything is meticulously done,” she said.