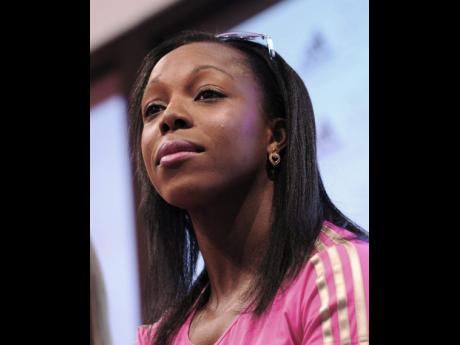 Eight-time Olympic medallist, Veronica Campbell-Brown has joined the Board of Directors of the philanthropic institution, the Victoria Mutual (VM) Foundation.

Campbell-Brown, who is Jamaica’s most decorated track and field athlete, accepted the invitation to join the board, stating that the group’s philanthropic values “aligns” with her own.

“Having seen the varied and invaluable work the foundation has done to support so many individuals as well as their commitment to improving the quality of life of those in need, I had no hesitation in embracing the invitation,” Brown said.

“I am thrilled to be a part of the VM Foundation Board of Directors, and I look forward to playing a role in advancing their social responsibilities.”

Board chairman and CEO of the VM Group, Courtney Campbell, said that Campbell-Brown brings great value to the foundation’s board.

“Veronica Campbell-Brown is one of Jamaica’s most treasured daughters whose own commitment has not only brought her tremendous success, but has inspired and motivated countless Jamaicans. We welcome her warmly to the Board of Directors of the VM Foundation and look forward to her contribution to our mission to transform lives,” he said.

Campbell-Brown has won more than 46 medals at international athletic events, earning the distinction of being the first athlete ever to win the full slate of IAAF sprint titles.

The 2009 UNESCO Champion of Sport awardee announced her retirement from the sport in 2021, capping a storied career marked by many pioneering achievements including being the first Jamaican track and field athlete, male or female, to win a major senior international title in the 100-metre event.

The VM Foundation was founded in 2018 and focuses on three pillars – Youth Development, Parenting and Community Development.