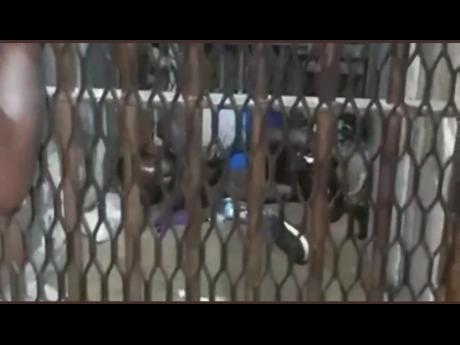 Following a now viral video which shows a group of inmates assaulting another at the Ocho Rios lock up in St Ann, the police have confirmed that five inmates have been charged.

The police say the incident happened sometime between 8:00 p.m. and 9:00 p.m. on Thursday, January 14, when an argument that developed among the men, got physical.

The injured inmate was taken to hospital where he was treated and is back the custody.