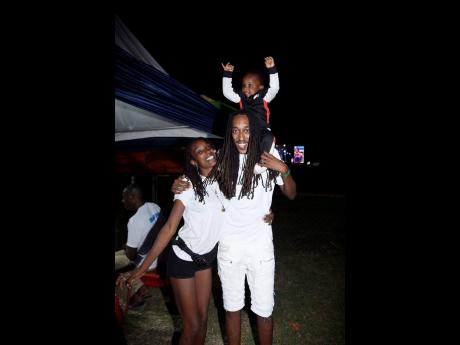 Photos by Nicholas Nunes Mohammed and his wife, Sativa, and their baby, Bliss, at Rebel Salute last weekend. 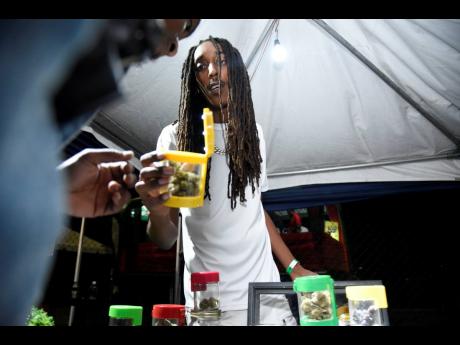 When United States residents Sativa and Mohammed decided to get married in Jamaica, they thought the only thing they'd be committing to were each other.

Little did the pair know, after spending a week in paradise, that they would make the leap to calling Jamaica their forever home.

"We came here as a destination wedding," Mohammed said. "We came here to get married and when we got married, we fell in love with the island. We love the people, we love the vibe, we love the food." He explained that at the time, the pair was transitioning to a vegan lifestyle and felt that Jamaica's wealth of non-animal produce would make the process easier for them.

"We just really wanted to spread the information and the knowledge we know, but by doing that we had to practise it on ourselves. So we wanted to eat better, find herbs that heal us, and Jamaica is the place for all of that," he added.

Explaining her love for Jamaica, Sativa said, "It's a completely different world, but it's beautiful. It's natural. It's everything that where we're from isn't, and that just brings us back to our roots. It's family."

Mohammed told THE STAR that after deciding to stay in Jamaica, he made a batch of marijuana-infused candies to help him brainstorm business ideas for a new form of income.

"I was trying to be creative and come up with a business plan, and I ended up just making these to get high; and somebody gave me the idea that said we could make money doing this. So we started walking up and down the beach, passing out business cards and doing the right things about getting our situation here legal," he said.

The couple now have a small marijuana dispensary, where their main exports are candies, cookies, brownies, ice cream and other sweet treats infused with the herb.

While currently under a work permit through their company Kloud Nine, Mohammed says he is trying his best to stay within legal guidelines for their peddling of the decriminalised substance.

"That way we don't mess up, because we have a nice opportunity to raise our boy here, because he was born in Jamaica. So we just want to be able to give him the best future we can with the opportunity we have," he said.

"We love being able to interact with people every day and have conversation and talk. In America, where we're from in Texas, people really don't wave to each other, they just go about their own business. Whereas here it feels like a community. This is where I would choose to raise my children because ... everybody looks out for one another and that kind of way. That's foreign for us," he added.