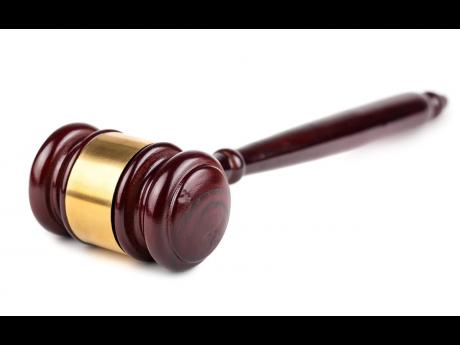 Jamaicans who are witnesses to criminal activities are being warned that they face being prosecuted if they fail to provide the information to the police.

Justice Minister Delroy Chuck, speaking in the House of Representatives yesterday, said the Government will be amending the law that will impose stiff penalties on persons found guilty of misprision of a felony. This offence occurs when persons turn a blind eye to a crime despite being aware.

"We intend to, in the overall adjustments to the penalties, if we can demonstrate that persons within communities are aware of the killers, and it can be some demonstrated, then those persons may well be charged with misprision," Chuck said.

Last June, a disc jockey was slapped with the charge after the police alleged that he witnessed a murder on Friday, August 21, 2021 on Andrew Pen Lane in Kingston 8, and did not report it.

According to the police, the disc jockey witnessed the shooting death of Duhaney Francis, otherwise called 'Troy', and allegedly made no effort to report the incident to the authorities. He was charged after witness statements listed him as being present at the time the crime was committed.

Chuck suggested that if the charge was imposed more often, it could go a far way in helping Jamaica's crime problems.

He added: "Community members must now appreciate that when they see guns, persons in extortion, scamming and contract killing, that these persons are setting up the community for retaliation. It is important that community members be bold enough to use the appropriate channels, not to endanger their lives, but to get rid of these gunmen, these scammers, these criminals and these killers."

The minister, in his statement to Parliament, announced that the Government would enact legislation to increase the mandatory minimum sentence of imprisonment for non-capital murder to 45 years, up from the current 15 years before being eligible for parole.

Chuck said this will ensure that "those persons who inform or bring them to justice don't feel that their gallant act was in vain".