CARPHA warns region to continue being vigilant against arboviral diseases 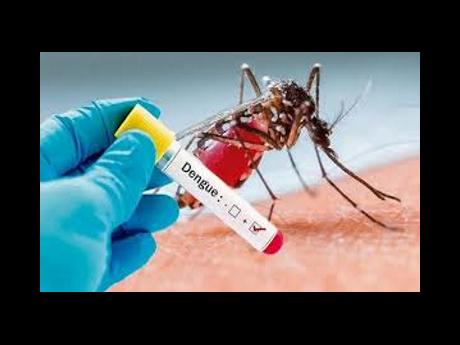 PORT OF SPAIN, Trinidad, Jan 25, CMC – The Trinidad-based Caribbean Public Health Agency (CARPHA) is urging regional countries that arboviral diseases such as dengue, chikungunya and Zika are still circulating in the Caribbean.

In a statement, CATPHA said that it wanted to emphasise the importance of prevention and control measures to reduce the transmission of these viruses and that the agency remains committed to strengthening public health systems for early detection and response to the emergence, re-emergence, and spread of arboviral infections.

“Member States must maintain a strategic approach to surveillance and sample collection and submission to increase our chances of early identification of infections,” she added, encouraging persons to eliminate potential mosquito breeding sites in and around their homes.

CARPHA said given the increase in regional and international travel to the Caribbean and the presence of the Aedes aegypti mosquitoes, which are endemic to this region and transmit dengue, chikungunya and Zika, it  is urging member states to strengthen routine surveillance for undifferentiated fever in their communities.

CARPHA said it is also critical for the various ministries of health to continue public education campaigns to remind people of the importance of keeping their surroundings free of mosquito breeding sites and avoiding mosquito bites.

It said this involves keeping water drums and barrels tightly covered, and throwing out stagnant water from flower vases, old tyres, and other containers.

“Dengue, chikungunya and Zika are associated with moderate to severe health consequences, with young children and/or older age groups at higher risk. Symptoms of Zika include rash, fever, muscle and joint pain, and conjunctivitis.

“Zika has been confirmed as a cause of congenital abnormalities in neonates of women infected with Zika virus during pregnancy and is also a trigger of Guillain-Barré Syndrome,” CARPHA said,adding that symptoms of dengue include rash, fever, muscle and joint pain, and nausea, while chikungunya may cause similar symptoms with muscle and joint pain persisting for an extended period.