Man jailed for trying to get gun licence through links 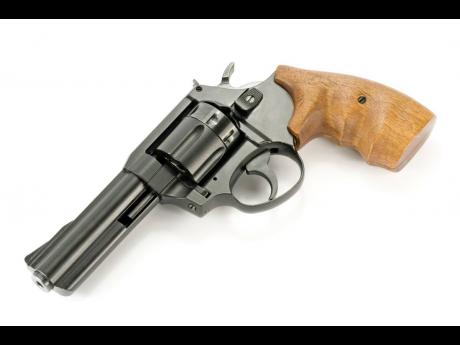 A bar operator who had plans to get married this year may have to reschedule, as he expressed his intent to use the money to repay almost $500,000 someone gave him to obtain a firearm licence.

The groom-in-waiting, Dean Denton, was charged with three counts of obtaining money by means of false pretence after he collected $450,000 from the complainant to acquire a firearm licence for him.

After Denton failed to produce it, the complainant reported the matter to the police. He was subsequently arrested and charged with the offences to which he pleaded guilty.

When the matter was mentioned in the Kingston and St Andrew Parish Court on Tuesday, Denton said he was anxious to get the issue behind him.

"Me caah bother wid di back-and-forth ting and di jail ting, Your Honour. Me deh a jail from di 19th of November. Your Honour, a true me deh behind bars me nuh have di money. The money weh me did a go use fi me wedding, me a go tek it back and pay him off because me caah bother," Denton said.

He said that his savings were depleted after retaining the services of a lawyer who no longer represents him.

Explaining how he got himself in the mess, Denton insisted that while he offered to help the complainant, he never held himself out as an agent of the Firearm Licensing Authority (FLA).

"Your Honour, me never tell him me work a FLA. Your Honour, him know how di ting guh, a him nuh wah talk," Denton shared, before adding that he "was just caught up" in a situation.

"Your Honour, me know somebody weh say him can do it. Him [the complainant] trust me through di link, even when inna di last part me tell him fi gi me two more week, and if it nuh process inna di two week time, me will refund the money. Is like when the two week fi come, a some police that tek me up inna the state of emergency," he related.

Senior Parish Judge Lori-Anne Cole-Montaque said she would "like to know more about those links".

The investigating officer told the court that Denton has another matter of a similar nature at St Catherine Parish Court.

A social enquiry report was requested and his antecedent records were requested to assist in sentencing on April 21. Denton was remanded until then.