PM says he has no account or funds with troubled SSL 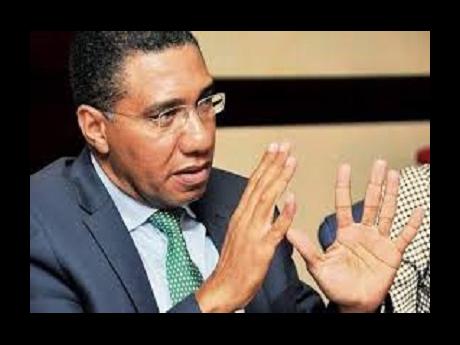 KINGSTON, Jamaica, Jan 25, CMC – Prime Minister Andrew Holness says he has no active account or funds at fraud-hit investment firm Stocks and Securities Limited (SSL) even as he urged Jamaicans not to fall prey to rumours amid the multi-billion-dollar fraud at the firm.

“I have no funds currently with SSL and I have not done any business with SSL since September 2021,” Holness said in a statement, noting that in February 2016, he had disclosed that he held an investment brokerage account with SSL, which was opened in 2008.

“In September 2021, I liquidated the last remaining financial instrument managed by SSL on my behalf and gave instructions for my account to be closed. I have no funds currently with SSL and I have not done any business with SSL since September 2021. I wish to also make it clear that neither I, nor any member of my family, have ever borrowed from SSL or received any form of credit facility from SSL

“Following on Cabinet meeting…and the general direction I have given to the government regarding transparency, I have asked all Ministers to check and disclose the status of any accounts or investment relationships their Ministries or Agencies may have with Stocks and Securities Limited,” Holness said.

Prime Minister Holness  said that the “current allegations of fraud at SSL and the international attention it has drawn to our financial sector requires a commitment to the highest level of transparency, probity and accountability.

“The public must be assured that the political class has no ‘conflict of interest’ that would prevent, delay or dilute efforts to ensure that the truth of the allegations is uncovered, those responsible are held to account and the victims receive justice,” Holness said.

The government said the United States Federal Bureau of Investigation (FBI) will assist local investigators into the situation at SSL whose clients included including eight-time Olympic champion Usain Bolt.

The legendary world class sprinter is allegedly to have been fleeced of millions of dollars in local and foreign currencies given to the firm to invest.

And as he addressed the launch of a US$37-million ship repair and maintenance facility to be constructed on the Sir Florizel Glasspole Boulevard strip of Kingston Harbour, Prime Minister Holness  urged Jamaicans not to fall prey to rumours adding that a country’s financial market depends on credible information.

“Don’t follow rumours. Over the weekend I was bombarded by people who I thought should know better, who have read all kinds of nonsense on social media, which tells me you really have a problem with not just financial literacy but information literacy. Verify against sources that are credible before you allow it to form your opinion.

“I am not going into any details or specifics. I urge our Jamaican people, particularly when it comes on to financial content, seek verified information before you use that to form your opinion,” Holness said, adding that despite whatever unverified information is circulating, Jamaica’s financial sector is still very strong.

“There is always room for improvement, and you would have heard the finance minister…go through in excruciating details the reforms that we will undertake to close any gaps that may exist or others that may come. But the sky has not fallen, as some would have projected it would have,” he said.

On Monday, the government said it is moving to review several pieces of financial sector legislation to apply more stringent penalties for breaches.

Finance and the Public Service Minister, Dr. Nigel Clarke, said the review is necessary to strengthen the country’s ability to identify, investigate and prosecute financial crimes in the banking, securities, insurance, and pensions sectors.

Among the legislation to be amended include the Securities Act, Banking Act, Insurance Act, and the Pensions Act.

“We will stiffen the penalties for white-collar crime in the financial sector. The discrepancy between the sanctions for white collar crime and other forms of crime must be erased,” Clarke said, adding “if you rob depositors or you defraud investors and you put our financial systems and our way of life at risk, the Jamaican society wants you to be put away for a long time”

In his address at the ship repair and maintenance facility, Prime Minister Holness urged investors to make better decisions when seeking creditable information in an effort to grow the country’s financial sector.

“Don’t fall prey to wrong information. There are always people out there whose interests are not yours. They want to influence investor decision, propaganda, or they just want to create mischief. You, as the investor, you listen to this and you go and make a wrong decision.

“Now, multiply wrong decisions by savers and investors right across the country and you see what [can] happen to the banking and finance sector,” said Holness.

“I wanted to wish that in 21st century Jamaica that wouldn’t be the case, but unfortunately it is the case regarding not just our financial literacy but our information literacy,” he said, indicating that German Ship Repair Jamaica project “will earn foreign exchange, it will provide high-quality jobs, and it will contribute greatly to the prosperity of the country”.