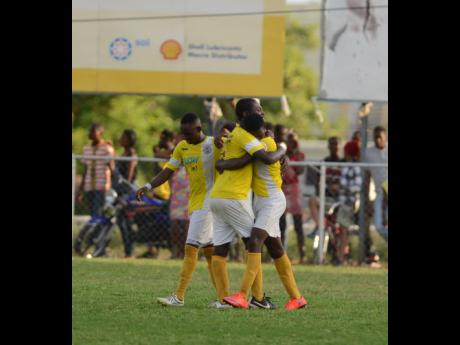 Charlie Smith failed to win for the first time this season after they were held to a 2-2 draw by Holy Trinity at the Anthony Spaulding Complex yesterday.

However, the Trench Town-based school has already secured passage to the next phase of the competition and remain unbeaten and on top Zone D with 16 points from six games. They are also seven points clear of second place Holy Trinity.

Meanwhile, Holy Trinity are now tied with St Mary's College on nine points but are ahead on goal difference and have two matches in hand while St Mary have one. Holy Trinity need just one win from their two games to qualify for the next round.

For Holy Trinity's coach Devon Anderson it was a hard-fought point against the group leaders but he says it placed their fate in their hands.

"We came here knowing it was going to be a tough game but the youngsters stuck it on and got a point. Now our destiny is in our own hands, we just have to take care of the work from here, we need just one win from those two games and we will be alright," Anderson commented.