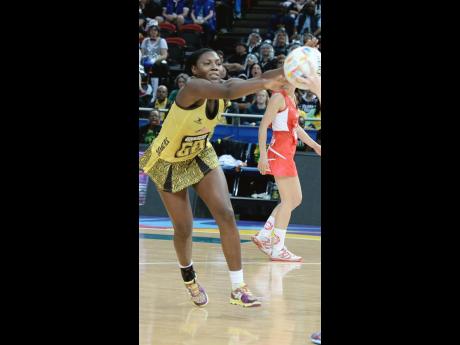 A prelude to the Inter-collegiate open competition, which begins tomorrow, it was also a show of several players that represented Jamaica at the Netball World Cup a few months ago, and it was no surprise that there was a good turnout of spectators.

There was no surprise as the four top teams in Mico A, G.C. Foster A, UTech and UWI A advanced to the semi-finals after being unbeaten in the preliminary stage of the competition. It was close going in both semi-finals.

Led by national player, StacyAnn Facey, G.C. Foster squeezed by UTech 4-3. The team included Khadijah Williams and Althea Byfield. In the other semi-final, despite ace-shooter, Fowler-Reid not at her best, Mico got by the Thrishana Harwood-led UWI team 8-6.

In what was a repeat of last year's final. A close battle was expected but this was not to be as Fowler-Reid found her shooting range as Mico raced to a 4-1 half-time lead before the team added four more goals to race to an easy 8-4 win.

Heavy showers and persistent lightning, which caused two stoppages early in the competition forced the matches to be switched to the indoor court.