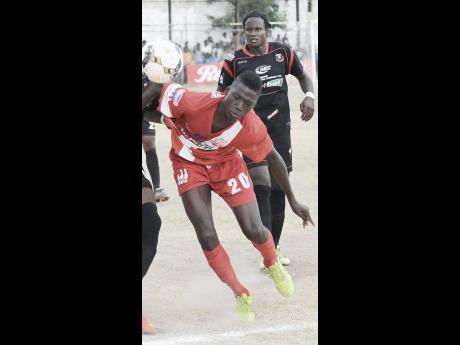 The former Trench Town high school player is back in the island and was in action for Boys? Town in Sunday?s 0-0 draw with joint Red Stripe Premier League leaders Portmore United.

However, he revealed that his stay will be short as the US based club is working on having him for the rest of the season.

?I went to Philadelphia Union on trial and did my job. By the end of the week, I will be out again,? he said.

The lanky centre-forward impressed from the very first day, so much so that even the academy?s coach was convinced that he was ready to go pro.

?I was confident before I went but when I touch the training ground my confidence started to build and I started playing the game that I know and did what I was supposed to do,? he said.

Though nothing is concrete, the 2014/2015 RSPL Young Player of the Season is eager to go back and make his mark.

?I am looking forward to going back and continue where I left off,? he added.

Boys? Town coach and club executive, Andrew Price, confirmed the player made a great impression during his trial and that Philadelphia are looking at making him a part of the senior set-up.

However, he says the Union has not contacted them as yet and they are waiting on the club to make their move for the player.

?They want to take some further looks at him but they haven?t contacted us or inform us, so I couldn?t confirm or deny (if he will leave by weekend) at this stage,? he said.