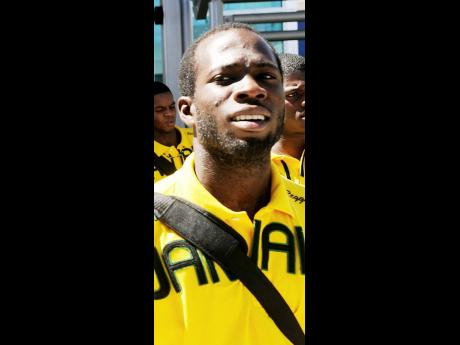 former Reno striker Craig Foster is in the island recuperating from a leg injury he picked up playing for Harrisburg City-Islanders in the American United Soccer League.

The in-form forward is being keenly monitored by Major League Soccer (MLS) clubs and could be on the move once again come January.

Foster told STAR Sports his progress at Harrisburg has attracted interest from MLS clubs, but noted it was too soon to say where he could be heading.

"I have been enjoying my time in Harrisburg," he said, "So much so that there are a number of MLS teams lining up for a possible offer in the January transfer window," he said.

"To be clear, I have not been contacted by any of them as yet, but I know that a number of clubs have had their scouts taking note of my progress," he said.

The 24-year-old, who scored 58 goals in all competitions for FC Reno in his last year representing the Westmoreland-based club, has hit the ground running with his new club, the off-season.

Foster has already netted eight goals from 14 starts for Harrisburg, including a hat-trick. He is hopeful his worth has been spotted.

"The road to success is a long one and although I enjoyed playing for Reno, I had to move on. Now that I am with this team, the best I can do for them is to be a real threat inside the area, providing goals and assist when I can," Foster said.

"We are just hoping now that if I get to play in the MLS, I can continue scoring because my aim is to not just be a successful club 'baller, and also not only to wear a national jersey, but to actually play for the national senior team," added Foster, who has represented Jamaica at the Under-17 and Under-20 levels.

Foster has had tremendous success in his time with U-20's, scoring eight goals to lead Jamaica to the 2011 CONCACAF final.