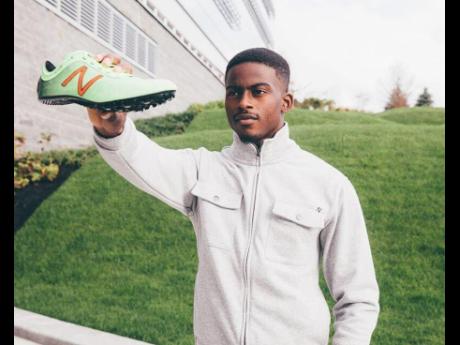 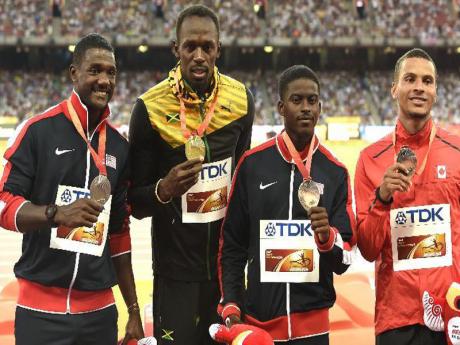 Bromell turned pro on Tuesday when he signed a multi-year endorsement deal with his new apparel sponsor, New Balance.

Bromell, who became the youngest man to win an Olympic or World Championships 100m medal since 2003,tied for third place at the Beijing World Championships back in August when he stopped the clock in 9.92 seconds behind fellow US athlete Justin Gatlin and Jamaica's Usain Bolt.

The deal seemingly comes as no surprise to Bromell based on his exploits in Beijing.

According to SportsIllustrated.com, the sprinter admits that this new deal could not have come at a better time.

“I knew after Worlds and medaling, I knew that I could get a good contract, so my main thing was to figure things out with my family. We felt that right now was the best decision. We weren’t big on taking chances for next year," said Bromell.

"In a moment like this, it’s a 50-50 chance if you decide to go back to school. You could get injured and your value would drop. We felt like the opportunity was in our face. It’s a great contract. Great company in New Balance and great opportunity going into the Olympic year," he added.

Bromell is already one of the best sprinters in the world. In 2013, he became the first high school runner to break 10 seconds in the 100 meters.

He won a National Collegiate Athletic Association (NCAA) title in the 100m last year, an NCAA indoor title in the 200 this year and then ran a mind blowing 9.84 at this year’s U.S. outdoor track championships in Eugene, Oregon.

Bromell has always prized himself as an athlete filled with zeal.

He is already looking forward to the Olympic Games in Rio next year.

"This World Champs really showed that Rio2016 is going to be one for the record books," he tweeted.

Record books? Well one dare not doubt him. He is already adding to athletics history.