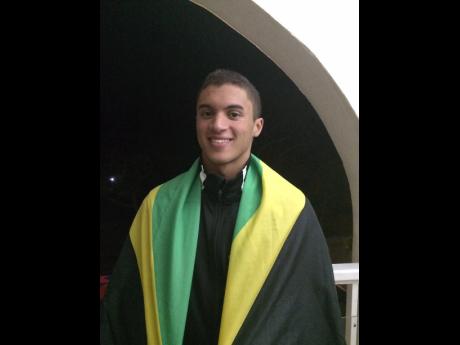 Jamaican swimmers Mathew Lyn and Justin Plaschka had a very successful collegiate performances for their respective schools over the weekend.

Lyn started his Division three career with a bang, registering a win and a second in his first college meet.

He recorded a time of 4:56.60 to edge teammate and fellow freshman, Harry Clewell, to win the 500-yard freestyle event. The former University School of NSU high student followed that up with an impressive second place finish in the 1000-yard freestyle, with a time of 10:05.37.

Plaschka, the senior national record holder for the 50-metre and 100-metre butterfly and 100 metre backstroke events, competed in three events at the meet.

His next win came in the 3x100m butterfly relay, which his team also took in 2:29.56. The Jamaican star completed a hat-trick of wins after anchoring the 200-yard medley relay team to victory in 1:32.54.

His freestyle split of 19.88 was also the fastest of that relay.

Notre Dame's team who competes in Division One, topped the points score with 200 points ahead of second place Oakland University with 160.