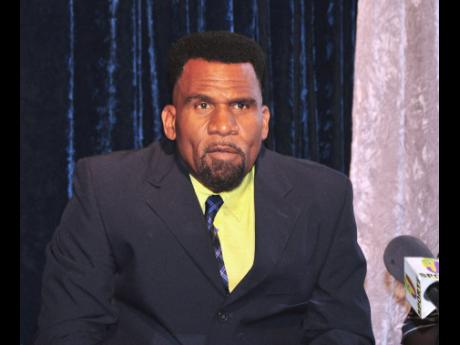 Having attained much success with Montego Bay United, businessman Orville Powell is now setting his sights on bigger goals. He is looking to unseat Captain Horace Burrell as president of the Jamaica Football Federation.

Speaking at a press conference held at the Blue Beat Bar and Lounge, Montego Bay yesterday, Powell said the time has come for fresh ideas - stopping just short of calling the Burrell-led football administration as shabby.

"We are now at a place where I call it decision time; time to change the direction of the Jamaica Football Association (JFF). Without saying anything further, this is my decision, I will be making myself available for the presidency of the JFF," Powell said.

Powell will have almost the entire western Jamaica football associations to lobby for support, indicating that the process of dialogue has already started.

"The work for me begins now and I will be engaging all the parishes to have meaningful discussions. I believe the future is with us," Powell said.

"They are saying the same thing that I am saying."

With the JFF elections due in December, Powell has a relatively short time to secure the number of delegates needed to back him, but is confident in his own abilities and the lack thereof in that of the current president. Powell said the time for change is ripe.