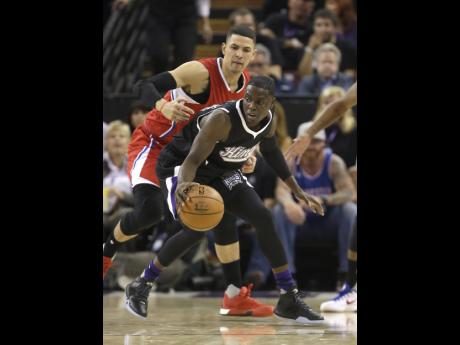 Holland High School began their campaign for the ISSA Western Conference Under-16 Basketball Championship with an easy thirteen point victory over Muschett on Wednesday.

Prince Benjamin was the high man for Holland with his seven points, five rebounds and two assists and was complimented by Kevin Edwards' seven point, three rebounds game.

Both teams played good attacking basketball early in the first quarter, at the end of which they were locked at 4-all but Holland gradually took control through Edwards and Benjamin in particular.

They took turns scoring almost at will as the Muschett defence struggled through the full four quarters.

What was a seven point 14-7 lead at halftime became a lopsided 31-18 blowout at the end of the contest, a win that would have pleased the Holland coaching staff, as they seek to wrest back the title won last year by Herbert Morrison.

Herbert Morrison, champions also of the Under-19 category will be looking to stave off the challenge from William Knibb, Muschett, St. James and Cornwall College, as they seek to return to the title game and a shot once more at national glory.

U-19: St. James versus Herbert Morrison

U-16: Cornwall College versus Muschett